Learn the Art of Calling a Turkey 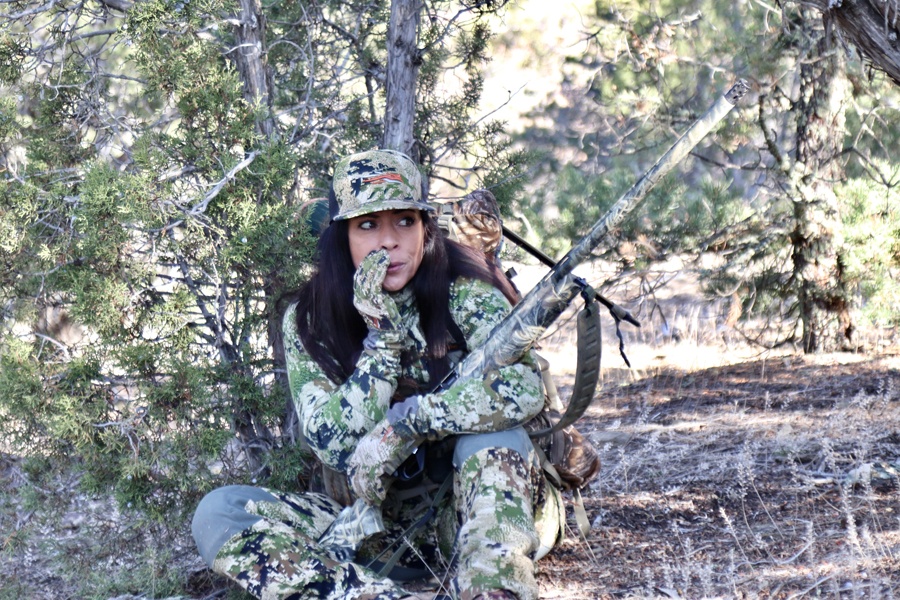 The art of talking turkey is essential to becoming an independent hunter. While many people will go with friends who know how to call, you can learn and do it yourself. You may have been hunting on your own for years, but talking turkey is a skill that separates the serious hunters from the beginners. When you learn to speak turkey, you'll be proud to proclaim, “Look! I’ve learned to talk!”

My daughter, and a few skilled friends can call birds with just their mouths. They can cluck, chirp, putt, purr, gobble, and belt locator calls without tools.

Just as humans have various words and tones to talk to one another, turkeys have a language of their own. You can learn it by having a friend or guide teach you, watching various videos, or learning here and taking to the field.

Turkeys, just like humans, use specific words to communicate. To some they make sense, yet to others, they may seem foreign. Some of the most common sounds turkeys make are clucks, purrs, yelps, and gobbles.

Clucks are similar to the barnyard sounds you used to make as a child, “bock, bock, bock.” The difference is you’ll eliminate the “b” and replace the “o” with an “uy” sound for more of a “uyck, uyck, uyck” (no, not like the Three Stooges sound.) These are words turkeys use to get one another’s attention. They are also words of reassurance.

A purr is a soft sound, almost like a hum before the cluck. Turkeys purr, as a cat does, out of contentment. While they don’t always add it, the cluck combined with a purr is a sound of happy feeding birds. These sounds should be soft. Remember, turkeys hear well. You don’t need to belt out calls too loudly if you do they’ll know something is awry. A time in which you may add a bit of a higher pitch is in the case of high winds, but use volume sparingly.

Turkeys use a word louder than a cluck, and that is a yelp. Dominant hens use these words to call for attention and for gathering birds. Yelps can be a good springtime tactic. If you hear the lead hen yelp to her flock and polts, try cutting her off mid-sentence. At times this will tell a tom that there’s another strong lady in your direction and he may come running.

While toms and jakes also cluck and purr, the springtime gobble says “game on” to many hunters. When you hear a gobble, he’s just given you his location. While the sound is exciting for sure, it doesn’t ensure success. The sound is a guttural rolling tune, which is elicited by the strutting birds as they hold their breaths, puff out their chests, and dance for the ladies.

The gobbling sound is accompanied by drumming and a “tick” sounds. While making these noises, he vibrates his body to puff out his plumage.

Male birds will dance on the branches of their roosts, and they spin and strut to announce the day. Watch for bulbous silhouettes in the treetops. When you see one grow in diameter, listen for the “tick” followed by the drumming and then the rolling gobble. The performance in the treetops is ideal for a male turkey as he can be seen by the ladies. This is the scenario that presents the challenge for the hunter.

The tom’s sole goal is to entice a pretty lady. When he flies down, he’s going to be looking for her. Decoys are helpful in attracting the lustful guy, but learning to talk to him is even better. These that I’ve described are great starters to put in your repertoire. Use them sparingly and listen to what the other birds are saying.

Other words you’ll hear and can add at a later date are cutts, cackles, kee kee runs, putts, and assembly calls. While I haven’t given you a description of these sounds, remember the names and listen while you’re out hunting. See if you can identify them. Additionally, keep your ears open for other sounds in the woods. There are sounds such as crows cawing, coyotes yelping, and owls hooting that will shock a male bird into gobbling. You can later learn to use those sounds to locate wild gobblers in the woods.

I mentioned that my friends can create these words without the use of tools. They are not the norm. Most hunters have to use calls to create the sounds of the wild turkey and the tones that shock them. Stay tuned. I’ll share those in an upcoming story.