170,000 rounds without any issues. That’s how hardcore the original MR73s were tested, and with red-hot European .357 Magnum ammo at that. Until 2021, new manufactured MR73s were extremely rare, and their owners tended to treat them like museum pieces, instead of fighting handguns. When we set out to review the MR73, the goal wasn’t to tell you how accurate it is, or how beautifully it’s put together, but rather to run it hard and see what happens. Shoot fast, reload fast, slam metal into metal chasing sub 0.20 splits.

It’s easy to forget that the MR73 was originally designed for military and law enforcement use. Yes, it’s an exquisite piece of machinery, but it was designed to be shot and used. We pushed the MR73 to the limits of its performance to see what happens in training and in competition. With that in mind, our test platform is the 4-inch Gendarmerie model. 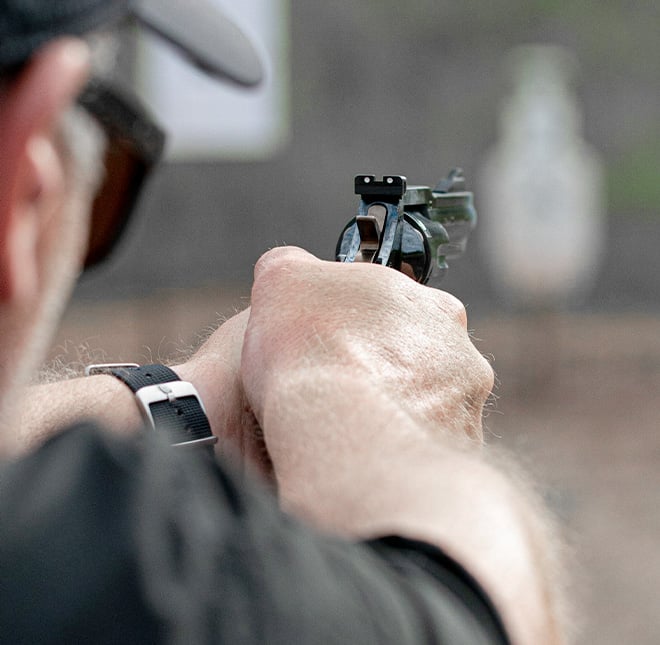 Let’s get the technical stuff out of the way first. The Manurhin MR73 has an adjustable trigger pull, and the manual goes over step-by-step how to tune it. Out of the box, the trigger was measured in double-action mode using a Lyman digital trigger pull gauge. Three pulls were taken and the average was 8 pounds 7.7 ounces. The single-action pull, which is never used for combat or competition shooting is a very pleasant 3 pounds 4.5 ounces.

The sights are adjustable in the rear for elevation and windage, which allows the point of impact to be tuned for your projectile of choice. The competitions that this gun will shoot don’t require magnum power, so the MR73 was zeroed for the excellent Federal 130 grain FMJ, which was the last standard-issue revolver round to be issued to the US Air Force. The rear sight has two white dots, which received the sharpie treatment immediately, giving the gun a crisp black-on-black bullseye style picture.

If the Manurhin lineup has a feature that immediately identifies it as a Manurhin, it’s the Trausch grips. These grips feature a unique beavertail-style feature, which helps absorb serious magnum ammo recoil, and also helps position the hand high on the gun for better overall recoil control. While they do take some getting used to, after a bit of dry fire and a bit of shooting, I personally have come to really like them. Using my thumbs-forward revolver grip they allow me a very high and very efficient grip on the revolver, which means faster follow-up shots.

It’s not a review if you don’t shoot some groups, so after zero, the MR73 shot some groups. Unsurprisingly, they were all excellent, hovering at or around 2 inches at 25 yards from the standing position. The Speer 158 grain +P FMJ round from their Lawman line was the most accurate, dropping a best group of 1.22 inches at 25 yards. In testing other guns, that particular load from Speer has proven to be as, and in some cases, more accurate than match ammo. There was no meaningful difference in practical accuracy between .357 Magnum loads and .38 Special loads tested. 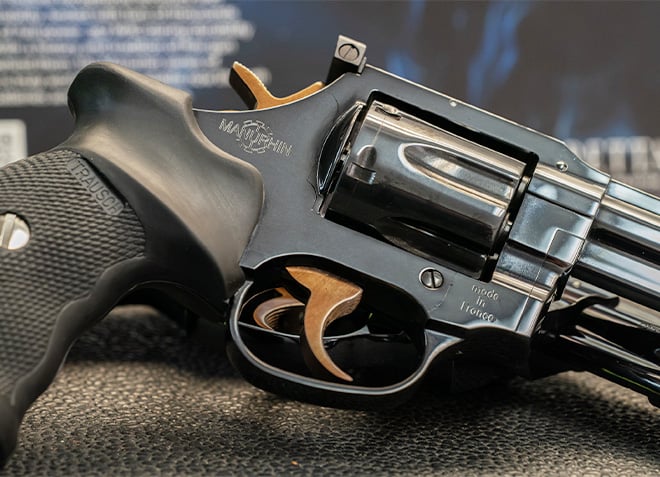 Once all the boring “group shooting” was done, it was time to really get a feel for how the MR73 sings. A couple of short practice sessions were all the prep that went in before the Manurhin MR73 got tossed in headfirst at the Illinois IDPA State Championship. Short version: running the MR73, I was able to wrap up the Revolver division and take home my first revolver match win in some time.
The IL State Championship was a technical match that required tough shots on partial targets, moving targets, and some complex stage planning. On any stage with a high accuracy requirement, the inherent accuracy of the MR73 was on display, making short work of partial targets or targets shrouded by no-shoots. On fast, burn-‘em-down stages, the light, short trigger came into play, delivering fast splits while still holding a high degree of precision.
If there was one area where I struggled to run the MR73 it was on the reloads. The MR73 is compatible with Safariland Comp-III speedloaders for K-frames, but to be honest I am a little out of practice on speedloader reloads. Because the charge holes on the MR73 aren’t chamfered, reloads have to line up perfectly, and I wasn’t always perfect. Regardless, I did manage to hold on for the win in what ended up being a tight match. 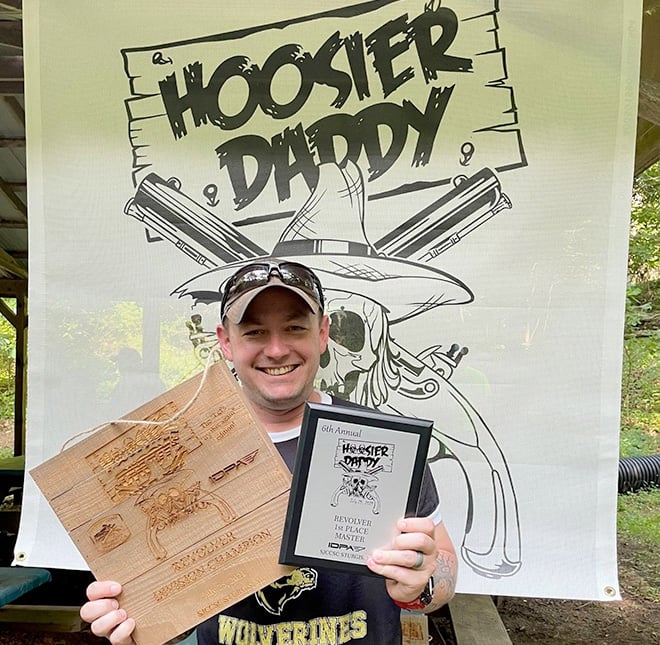 Lessons learned from the IL State Championship were pretty obvious: the MR73 can hang and bang with revolvers that are specifically tuned for competition. Don’t forget, the Manurhin is a duty gun, and lacks some of the accoutrement you see on competition-specific guns. No fiber optic sights, no chamfered charge holes, no smooth trigger face – just an MR73 right out of the box and a state championship to show for it.

After the match, the MR73 stayed in the training cycle, since after this review is written, it still has two matches to go this season. Solving the reload was the first order of business, with special attention paid to the Pistol-Training.Com FAST Drill – 2 shots to the head, reload and 4 to the body. In a recent practice session, the MR73 was pushing 2.6-2.7 second reloads, and most impressively, 0.20 splits between shots. This gun…can shoot. It also passed The Test, 10 shots at 10 yards in 10 seconds at a B8 target, which requires a score above 90 to pass. Doing The Test with a reload is no small achievement, and again, after some training to re-learn speedloader reloads, the MR73 absolutely shines.

If you’re sitting there reading this and thinking to yourself “wow, that gun really can shoot, but is it worth the money?” Let me fix your thinking. People who love cars would never question that a Ferrari 275 GTB California was worth it. The difference between a Ferrari and this MR73 is that if you run a classic Ferrari hard it will break. A brand new MR73 is just as fine a machine as a classic MR73 – and you can run it just as hard as the French did.