Pros and Cons of Pistol Optics 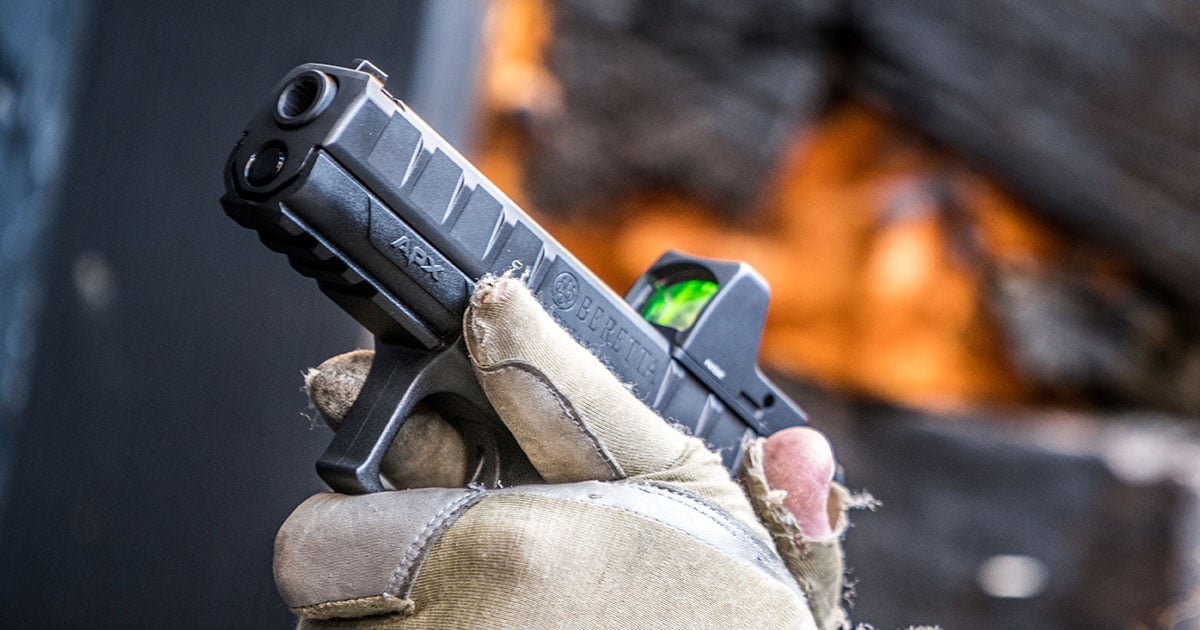 Some decades ago, conversations over newfangled inventions for guns went something like this...

“Hold on there son; you want me to put a thing made of GLASS on top of my trusty rifle? Are you kidding me?”

The discussion was about the idea of adding a scope to a rifle to perform the task of accurately getting sights on target. For hundreds of years, shooters had relied on a solution of simplicity and extreme durability: iron sights. Adding a potentially fragile, and more importantly, unproven invention had to be just asking for trouble, right?

Also See: Getting Old and Still Seeing the Sights

Turn the clock forward some decades. Now, it’s rare to find a rifle without a scope mount, Sure, iron sights are still there, but in most cases have been relegated to a backup role. Scope manufacturers have figure out how to make optics that offer additional advantages over iron sights like magnification, the ability to adjust for distant shots, and illumination. Just as important, they’ve done that while making these “newfangled glass contraptions” extremely reliable and durable.

More recently, there’s similar movement going on in the pistol world. Optical sights are starting to show up as options on more and more handguns like the Beretta APX RDO. These guns have specially machined areas on the slide cut to accept a ready-to-go mount for various types of compact red dot sights. A few years ago, we saw these on competition guns.

The competition beginnings of this trend tell us something. There must be a speed advantage. In a sport where hundredths of a second matter, you can bet that world-class competitors believe that optical sights make them faster and more accurate under pressure.

Certainly, part of the potential benefit from optical sights comes from training with them. It’s a different method, and there is a learning curve to stop the natural tendency to look for the dot. Strangely, the more you look for the dot, the harder it is to find. What works best for me is to just look for the front sight as normal. When I do that, the dot is right there ready for me.

Competition is fine, but what about concealed carry or home defense? There are some potential advantages. First, a red dot supports our brains’ natural tendency to focus on the threat. Rather than tearing away our natural focus on the target to focus on iron sights, the dot appears on the target itself, so you’re really watching the target “wearing a dot.” Another advantage is sighting in dark or low light conditions. The dot glows, day or night, so you’ll see it regardless of ambient light. Of course, you still need to know and verify what you’re shooting at. That’s where a flashlight comes in if there is not enough light to clearly identify the target.

I decided to do some informal experimentation and time shots from a low-ready position using both standard sights and a Trijicon RMR red dot sight mounted on the Beretta APX RDO model. My drill was to raise the gun, get a sight picture, and fire at a four-inch circle on a target down range. I wanted to go at a pace that emphasized hits on that circle, so I only counted hits in my recorded times. I also alternated each shot between the iron sight pistol and the red dot pistol so I didn’t get “into a groove” with either. That might be an interesting experiment on its own – to train and see how fast I can get with both approaches over time. We’ll cover that in a future article.

At extremely short range, it became clear that optics were actually a bit slower - for me. Your mileage may vary. At five yards, I wasn’t really using crisp sight pictures in either scenario. That close, it’s not hard to get hits with a very coarse “down the slide and kinda over the sight” aiming approach. When I did the math, I averaged about 1/10th of a second faster with iron sights over the optics configuration.

I repeated the scenario at 10 yards, and at this farther distance, I observed the exact opposite result. When shooting with the optic, I was about 1/10th of a second faster per shot on target using irons instead of the red dot.

There’s more to study, and I deliberately did a quick comparison with a “non-training” scenario. That’s not entirely valid as I’ve been shooting with iron sights for a long time. While I’ve shot plenty of pistols with red dot sights, I have a lot of catching up to do to match my iron sights shot count.

With that said, as a subjective takeaway, I found it easier to hit distant targets faster. The process of putting the dot on target was easier for far targets than aligning rear sight, front sight, and bullseye. I also found it easier to aim more precisely at distant targets, 10, 15, or 25 yards away. Maybe my eyes aren’t as good as they used to be (they’re not) but it was much easier to be accurate at longer ranges.

I’m going to keep training with the optics. I do like them, and with modern red dot sights, I’m not worried about reliability. You can literally hammer nails with some of the red dots on the market now. As for concealed carry, if you use a belt holster with a forward cant, a small red dot sight doesn’t add any bulk to conceal because the sight is below the rear of the slide and doesn’t protrude forward. If you're having trouble with those "hard to see" iron sights, red dots are something to consider.