My favorite way to kick off the hunting season is a dove hunt. My very first wingshooting experience was a dove hunt with a 16 gauge single barrel and a tobacco field. I think I managed to put three doves on the ground with two boxes of shotgun shells. At the end of the afternoon, I had a sore shoulder and a love for the fast flying birds that fly so hard they squeak.

Almost any shotgun can work as a dove gun. If I hunt several days, I shoot a different gun every day, just for the fun of shooting different guns. As a pure dove hunting gun, a twenty gauge works really well. 7/8 ounce loads of eight-shot will kill any dove provided you put the pattern on him and the recoil won’t beat you into the ground. If you hunt a good field, you understand wingshooting, and have a good spot, you can get a limit with a .410. Heavy loads are not really needed for doves unless you’re in one of those spots that only afford long shots. When I was younger and more bloodthirsty than I now am, I shot 1 1/8 oz. loads in my 20 gauge, 6 pound over-under. I had a hickey on my shoulder that would have won a contest. I quit using such heavy loads after the gun doubled once.

1. Match the choke to the conditions

The ability to match the choke to the conditions is more important than the gauge. Go to the dove field with the wrong chokes, and your shell/bird ratio will suffer. Most people make the mistake of using chokes that are too tight on doves. It’s true that some shots at doves are long, but shots that require full chokes are not generally the norm. Fortunately, today’s modern shotguns have screw chokes. This means that you can go to the dove field with every choke you need in your pocket. Carefully consider the distance your shots are likely to be and make your choice. If you feel the need to change, do it. A good rule of thumb is that improved cylinder will get you to about 25 yards, modified to about 35 yards, and full to about 40 to 45 yards. Also remember that birds are much harder to hit out there in that 40 to 45 yard range. The average dove shooter will score about twice as often at 25 yards than he will at 40 yards. 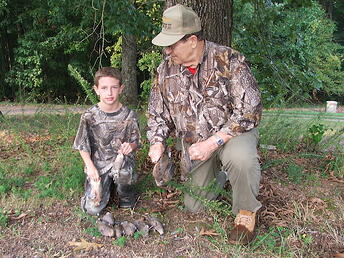 Most dove hunts are over fields that have been cut or recently planted for fall crops. Hunters normally position themselves around the field, but some spots are better than others. If there’s a gap in the trees, it could be a funnel for doves entering and leaving the field. Power lines are a dove attractor, and if there’s a right of way cut, that’s even better. Doves like to sit in trees around water so if there’s a pond near the field, get closer to it.

3. Stand in the shade

There are two good reasons for this practice. The fact that it’s cooler is obvious. The main reason, though, is your level of visibility. The next time you’re on a dove field, look at the guys in the shade, and look at the ones in the sun. The ones in the sun stand out. They’re also shinier because they’re likely sweating like a pig. Remember, the dove is out in the sun looking down, and things in shadows don’t show up nearly as well. If you can, put the sun to your back so it’s in the eyes of incoming birds.

4. Use what cover you have

If there’s a bush or a fence row stand next to it. If you have a good camo pattern, you can stand in front of it as effectively as behind it. I often hunt with my grandson and he sometimes moves at the wrong time. I bought a Hunter Specialties Backpacker Blind. It folds out into four panels that are about four feet high. I’m invisible until I stand up. It’ll get you more birds. If those hunting around you are visible and you’re not, birds will see your direction as an avenue of escape and fly that way.

Doves have sharp eyes and it’s their nature to swerve away from objects that stand out. Wear lightweight camo such as the shirts with vented backs and the light weight pants with zip off legs. Wear a cap that can help shield your eyes from the sun and keep your shiny face from reflecting light like a bumper on a ’56 Buick.

6. Don’t move or mount your gun until the bird is well within range

The reason doves have a reputation for twisty flight is they see movement and avoid it. Watch a field with doves over it from a distance; they fly straight as an arrow. When doves spot movement, they try to avoid it. If you start your gun mount too early they’ll never get within modified choke range. This is another good reason to practice shooting clays with a low gun.

Adding a few decoys in front of your spot will allow you to use a more open choke. Doves are flock birds and they love decoys. One of my best ever dove hunts was under a walnut tree that had lost its leaves. The hanging walnuts looked like birds on the limbs and every dove in the county braved the shots of other shooters to try to light in my tree, I was the first 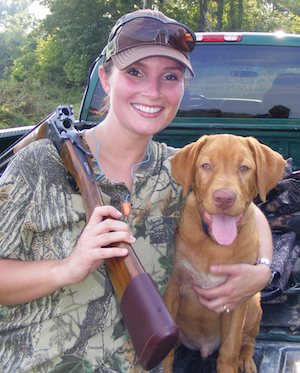 one to leave the field with a limit that day.

8. Get some quality practice for the coming seasons

Since this is also time for the early goose season, I like to hunt at least one of the early dove days with the gun I’ll use for geese. I use light loads and sharpen up. It can come in handy when a high flock of honkers comes over. If you’re fortunate enough to be on a good field, you’re going to fire more shots in an afternoon of dove hunting than you will in several waterfowl hunts. It takes a really good shooter to limit out with less than two boxes. The heavy gun and light loads are easy on the shoulder. There’s rarely a dove shoot that involves walking anyway, so the lightweight gun isn’t a plus.

Doves can be hard to find, so having a quality canine on the trip will be a boon. It’s a great way for dogs to get some quality work as well, but make sure you take care of your dog. Dove hunts are normally in hot weather and they offer a lot of retrieves in a short period of time. Make sure your dog gets advantage of shade and plenty of water. After the hunt, a reward of a swim is a great idea if there’s a pond around.

A good dove hunt is a wonderful thing. For some reason that’s linked to our ego, a good dove hunt when we shoot well is even better. See you on the dove field. May you have a heavy game bag with shells still in your pockets at the end of the hunt.