“Real” Clays Practice for the Field 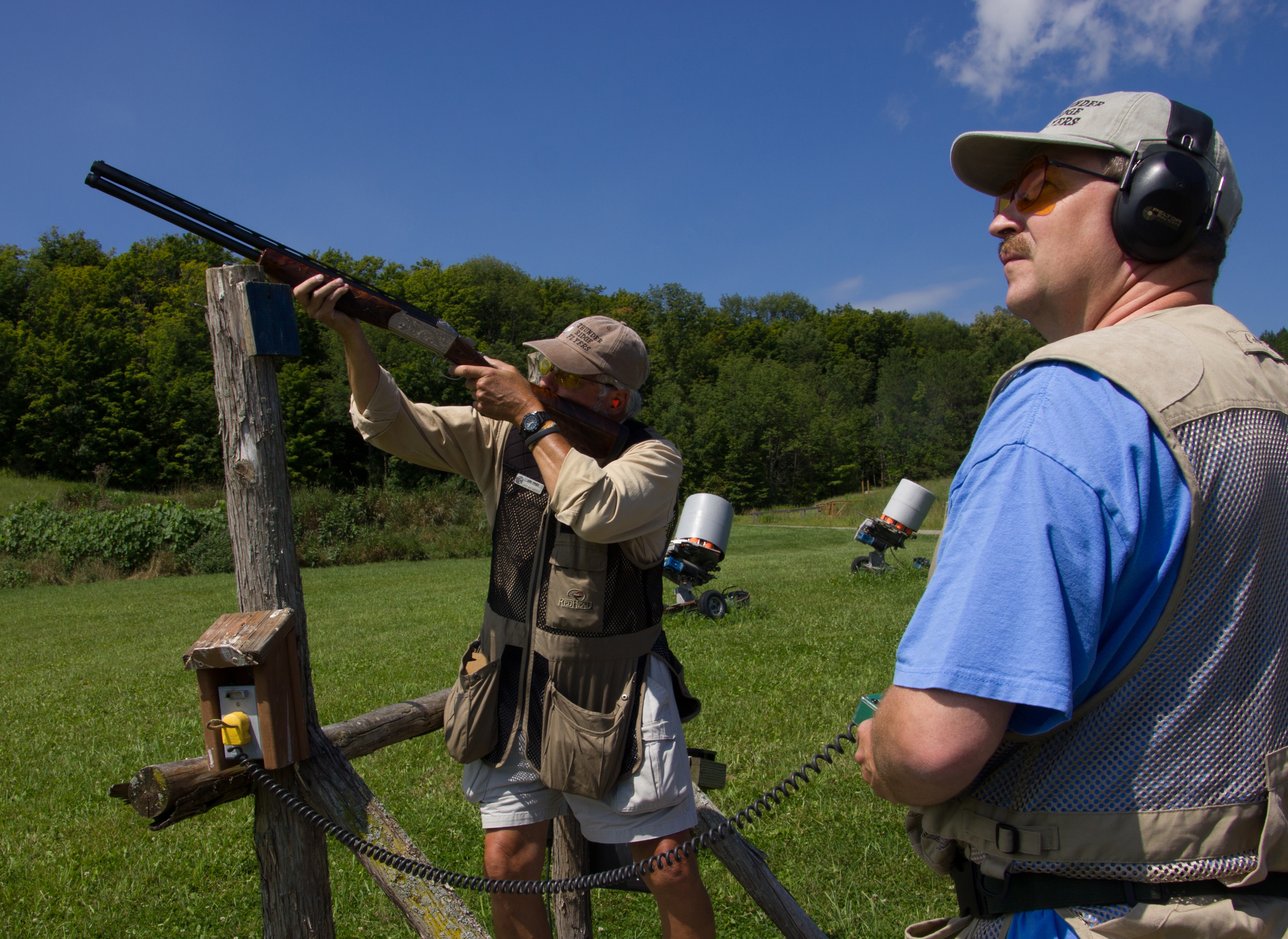 There are two kinds of clay target shooting. You can go out and shoot clays for the sake of the games themselves. Trap, skeet, and sporting clays are all fun in their own right. They can stoke the competitive flame and compel shooters to renown. Or they can be pursued as family fun, a wonderful introduction to firearms, and challenging lifelong pursuits.

Then there is clay shooting in preparation for hunting. It’s practice to make you a perfect shot in the field. The goal is to create mental pictures and instill muscle memory you’ll call upon when you’re hunting.

On a beautiful summer day at the range, the uniform is a short-sleeved shirt and vest with built-in recoil pad. It’s comfortable and totally unrestrictive. That’s the garb for breaking high scores, but when was the last time you hunted that way in November or December?

It’s wise to test your hunting clothes at the range. Otherwise, you’ll never know if a sleeve is binding, a strap falls in the wrong place, or a vest is too bulky. So don’t laugh when you see a guy wearing waders at the sporting clays range – it might be me!

The gun with which you must practice is the same one with which you will hunt. With improving hunting shooting skills as your goal, you may forego the highest scores and convenience at the clays range. Familiarity with your hunting gun takes priority. You want the location and operation of the safety to be first nature. You should know the sight picture. You need to know how many layers of clothes will require you to adjust the length of your stock.

The best possible scenario would be to shoot your practice with the same shells you shoot while hunting. Of course, this would get expensive fast if you’re practicing nearly as much as you should. And who wants the beating of heavy field loads at the range?

The next best thing is to try to match the velocity of your target loads as closely as possible to your hunting loads. With the ultra-velocity loads favored by so many today, it’s a tall order, but do the best you can. Find or hand load low payload rounds like 7/8-ounce 12 gauge. Velocity on factory shells, such as the Federal Premium Gold Medal International Plastic, is 1325 fps, and you can find hand load recipes that juice them faster.

At the clays course, look for shots that closely mimic what you’ll experience while hunting. The classic is a boat suspended on springs from which you must make a seated shot at a dropping target. Some ranges have silhouettes of dogs on point, and when you walk up behind them, targets launch at random.

See if your favorite clays range will allow you to shoot from different positions outside designated stands, even if it’s just stepping in front of a shooting cage, rolling out a carpet remnant, and lying down to sit up and shoot as you would from a layout blind.

Don’t understand how to make shooting a 4-inch disc simulate shooting a 16-pound Canada goose or a long-tailed rooster pheasant? The bigger the bird, the higher the tendency becomes to focus on the center of that big target. The results are shots hitting the rear 10 percent of the bird and more crippling.

With enough clays practice dedicated to visualizing the target as a bird’s head, you’ll be able to reverse the image in the field to visualize the heads of the birds as 4-inch discs. You’ll discipline mind and muscle to smoke that target … which means a lot less chasing for you and your dog when hunting!