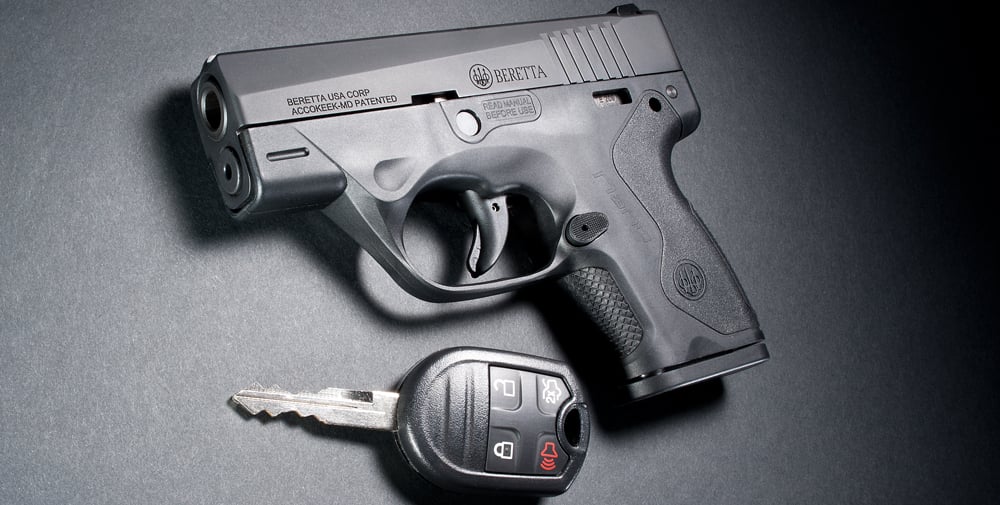 In conflict, direct confrontation will lead to engagement and surprise will lead to victory.
Sun Tzu, The Art of War

It is Saturday evening and you have stopped by the local convenience store to pick up the gallon of milk that you forgot to pick up at the grocery store. The darkness has descended and the street lights have just started to twinkle and light for the night. You get out of your car and confidently walk into the store. Yet when you approach the front of the store with your carton, something causes the hair on the back of your neck to raise. You can’t place exactly what is wrong, but something clearly seems to be. You quickly go into alert mode as you finally recognize what it is - the store is being robbed and the man at the counter has a gun.

Your survival in this situation could very well depend on how well you understood the term “concealed carry.” Let me explain.

One of the universals that accompanies the ability to legally carry a weapon is the desire to have others know that you have that ability. You can almost always spot a new police officer or a new concealed carry permit holder because they want people to know they have earned the right to carry a gun. They show everyone. It is a desire against which I have warned all of the new police officers and CWP students that I’ve taught. I’ll repeat the lesson here, because it’s important to your survival.

In the scenario above, the die has been cast. You don’t have the ability to go back and change your behaviors or choose a different method of carry. If you have done everything right, then nobody is aware of who you are or that you pose a threat. You have what Sun Tzu speaks of - the element of surprise. If you’ve not been so careful, then you may have placed a large target on your chest as the first person to be shot.

Let’s break this down into two points:

You should see by now how important concealment is. If you advertise to the world (through words or actions) that you’re carrying a weapon, then you’re a potential threat to be eliminated. It may not be the robber’s intent to hurt anyone. There’s a reason why most home burglaries happen during the day and most business burglaries at night - these guys don’t want to face any opposition, so they choose their targets when people are most likely not going to be there. But when a robber, who is already under tremendous stress, is confronted with someone who can either cause him to lose his liberty or possibly even take his life… Well, the situation can quickly spiral out of control and in a bad way.

And for those who say that their gun is always concealed, I’m not convinced.  I used to carry a Beretta 92 while on duty as a police officer.  It was my sidearm of choice.  But concealing a Beretta 92 so that nobody could tell I had it was quite a challenge.  I tried many options; I wore shoulder holsters, untucked shirts, carried pouches, etc., etc..  Due to its size and weight, I was constantly adjusting the shifting mass to keep it comfortable and secure.  Once I found the right holster, I was able to carry it comfortably all day.  So let me clear this up; a handgun that is constantly being checked, adjusted, and moved is not a concealed handgun.  You might as well get out the paint and put that red bullseye on your chest.

Another dead giveaway consists of any of the clothing that could be found at a gun store, a local cop store, or any number of places where gun enthusiasts hang out. A huge Friends of the NRA t-shirt is nice. So are the latest duds from 5.11. But nothing says, “I carry guns!” like these items do. They will cause you to get increased scrutiny from both the police as well as any bad guys you may unwittingly meet. The former, I’m ok with; the latter is another story.

The lesson: Keep it Concealed!

Everyone begins carrying with great enthusiasm. But as time goes on, they quickly realize that concealed carry is a pain. It’s real work. Pretty soon, they begin leaving their gun at home or in their car. You can have the newest and nicest Beretta 92 that came off the assembly line, but it’s of no use if you don’t have it when you need it. Unfortunately, Murphy’s law means that it’s the one time you don’t have it that you’ll need it.

You can probably predict where this logically leads. Yep, I’m talking about choosing the right gun to carry. My Beretta 92 Elite II was by far my favorite handgun and the one I was the most proficient with. It wasn’t, however, my best choice for concealed carry. Fortunately, there are many great choices (like the BU-9 Nano) available that provide full-power loads in compact sizes. These smaller, lighter, and dare I say cuter(?) pistols ensure that you can carry all day without any of the comfort issues that come with a full-sized handgun. The bottom line is that if it is easier to carry comfortably, you’re more likely to have it when you need it.

The lesson: Carry it!

I could write a thousand more words about how to properly choose and conceal a handgun, but I’m going to do something better than that. I’m going to give you homework. Yep! I said it - homework. (and you thought you were finished with all of that, huh?).

Spend the next two days looking for yourself. Can you pick out whether someone is carrying or not? Can you see the bulges? Can you spot the adjustments or even the small checks as CWP holders (and police) pat their guns just to ensure they are still there? Even if you can’t pick out the weapon itself, can you spot the people most likely to be carrying based on their clothing or actions? Sure the “Springfield Armory” hat may be a giveaway, but how about the sleeveless vest that looks like it should be on a fishing boat rather than being worn in a small diner?

Make mental notes of these things for the two days, then take the information and adjust your behaviors so that you can’t be painted as a target. Every mistake you see someone make is a lesson to be learned from and a chance to make yourself safer from danger. Because you never know when that trip to a convenience store will turn into a life or death situation. You never know if the guy watching you as you walk into a store is the same one who plans to rob it.

Apply these lessons and live.