The Truth About Self Defense Against an Active Shooter 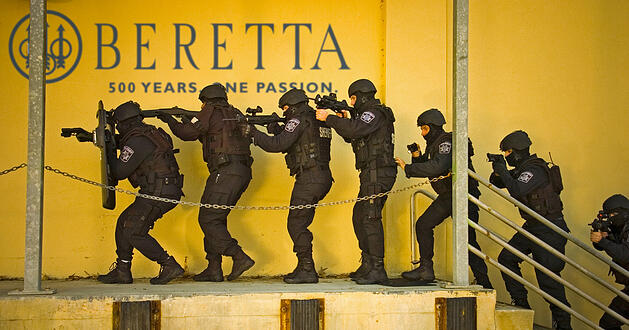 Back in January, another active shooter incident occurred at a mall in Columbia, MD. The shooter was a 19-year old male who killed two others and then turned the gun on himself. He used a shotgun for the killings and police found two homemade bombs in a backpack that he left behind.

I’ve been to this particular mall several times.  It’s not too far from where I grew up. It’s in a nice area of town.  When people were interviewed after the shooting, many commented along the lines of, “this is such a nice and safe place, I can’t believe something like this could happen here.”

The first part of preparing for self defense against an active shooter is to realize that an active shooting can occur anywhere. It doesn’t matter if you live in the big city or in a rural town. As soon as you can admit to yourself that it could happen where you live, you’re instantly better prepared to survive such an attack.

Next, you should know what to look for and the general characteristics of an active shooter. For example…

What these statistics show is that the perpetrator will be a lone male, and the shooting will last for several minutes.  You need to be prepared to survive by yourself.  This may include an attempt to stop the shooter yourself - before law enforcement arrives.

To help you do this, you need to remember the “two exits” rule. Whenever you go to the mall or enter any type of building, you should quickly identify two exits. This doesn’t take long at all.  Once you begin doing this, it will quickly become second nature. If the active shooter is blocking one exit, you need to have a second way to get out.

Also, you’ve got to remember not to freeze. I realize this is easier said than done.  People die in plane crashes, active shootings, and other incidents because they panic and freeze. This doesn’t happen to everyone, but it does happen to many people.  If you are with family members who freeze, you need to grab them and move them along and try to quickly “snap” them out of their panic.

If you happen to be in a store or area that an active shooter enters, and there is no escape, then you need to be ready to fight back. During an active shooting, the people that don’t freeze will all naturally run away.

Running away only gives the shooter more targets and more time to shoot, since nobody around him is taking his attention by challenging him. If you find yourself in an enclosed space with nowhere to go, you need to either rush the shooter or use your gun (or any other weapon you have on you at that time) to stop him. I realize this is not the natural reaction for the vast majority of people, but rushing and stopping the shooter will no doubt save lives. You should also be sure you're alway prepared to defend yourself with at least one of these tools.

If you have your gun on you (which I hope you always do), you must be aware of what’s beyond the active shooter. You certainly don’t want to start firing shots and end up hitting innocent bystanders who are trying to run away. Most likely, in an active shooter incident, you won’t be taking a sniper shot from 20 yards away. Instead, it will be more up close and personal.

(Always carry your gun, even if you're only out for a few minutes. Click here for more concealed carry guns)

The bottom line is that every active shooting incident is different.  Remember to know ahead of time where the exits are and what you plan to do.  Don’t hesitate if the time for action comes. And, if you find yourself in the unfortunate circumstance of being close to the active shooter, fight the urge to flee.  Do everything you can to stop him.