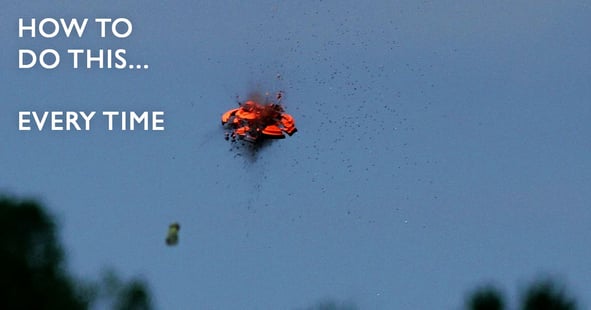 Proper shotgun shooting is a game of repetition – the more you shoot, the more often you will shoot well. However, if you don’t start with the basic shooting position engrained in your muscle memory, it will be hard to ever shoot consistently. There are a few fundamental things you should always do when you shoot a shotgun. Make these fundamentals habitual, and you will be able to focus on the more “intangible” parts of shotgunning and wingshooting.

The most important part of shooting a shotgun is to build a solid foundation. If set up properly, your stance will allow you to move with your target, absorb the recoil of your gun, and prepare for your next target with ease. To start, put the foot opposite your dominant hand ahead of the other foot, about shoulder-width apart. For instance, if you are right-handed your left foot will face forward. Your front foot should face downrange in the direction you will be pointing while your back foot angles off at about a 45-degree angle from your front foot. Lean forward from your hips and bend your knees slightly, both these actions will allow your body to be more flexible to absorb the recoil of the gun. 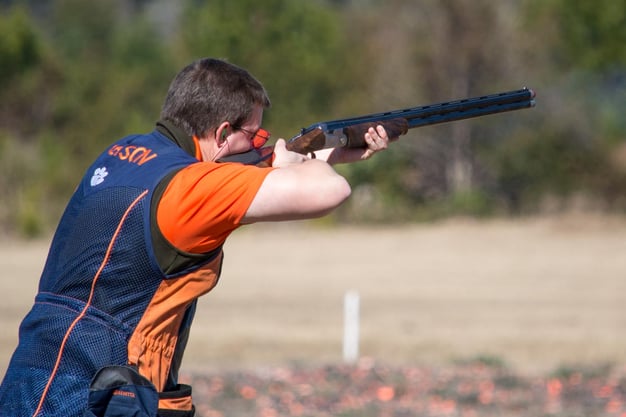 Mount the Gun to Your Face

One of the most important things about shooting is to keep your cheek down on the gun stock while keeping your head level. However, you don’t accomplish this by mounting your gun and then putting your head down – the best way to get your head properly on the stock is to mount the gun to your face. When you raise the shotgun up, bring it up towards your cheek with your head level and chin out slightly. This allows you to mount the gun smoothly to your face allowing you to always keep your head even and eyes able to look down the barrel downrange.

After you mount the gun to your face, bring the butt of the stock back towards your body to fit in the pocket of your shoulder. But what exactly is the pocket? The pocket is the muscled area underneath your collarbone just inside of the point when the collarbone meets the shoulder. If you put your non-dominant hand on your chest as if you are saying the Pledge of Allegiance, your fingertips can find the triangle area of bone under which the stock of your gun should fit. Anywhere outside of this pocket will result in a bruised collarbone or point of your shoulder. Get used to mounting the gun to your face and then fitting it into the pocket consistently. Even if you are not at the shooting range, you can practice mounting your gun to make the process smooth and mounted to the same place every time.

Note: Having a properly fitted gun is critical in the mounting process. If your gun is mounted in your shoulder pocket and you can’t get your cheek to sit snugly on the stock without tilting your head or raising the gun out of the pocket, it probably doesn’t fit you correctly. This is a challenge that many women (including myself) have found for years because our longer necks create a greater distance between shoulder pocket and cheekbone. Guns with a higher comb on the stock or with a slightly different pitch to the stock should help the gun fit you better.

When the gun is mounted, the nondominant arm should be holding the forestock of the gun about midway down. This is the balance point of your gun. Holding the forestock securely – without holding it in a death grip – will allow you to move the gun to where you want to shoot. Your arm should not be locked out straight, but it should be extended as if you’re pointing in front of you. In fact, many shooters keep that pointer finger straight along the forestock to help with balance and to help with the concept of pointing at the target at which you are shooting.

Your dominant hand holds the gun at the grip giving the pointer finger easy access to the trigger (though don’t forget that you should not put your finger inside the trigger guard unless your gun is pointed safely down range and you are prepared to fire). Keeping this elbow up helps define the shoulder pocket and will help you maintain the balance in your gun. A raised elbow, held at roughly a 45-degree angle, will actually relax the muscles in your shoulder and allow you to swing the gun more easily in a wider range of motion. 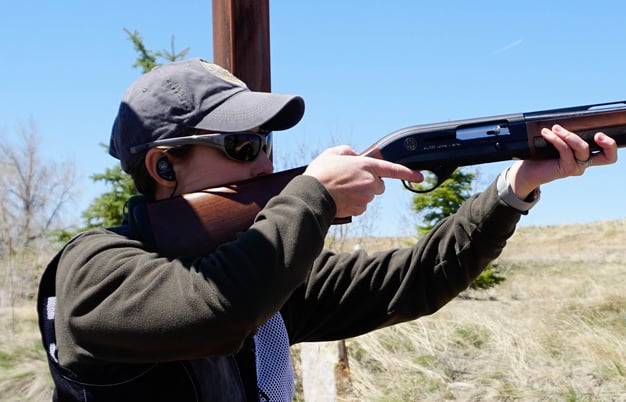 Keep both eyes open when you shoot. Humans have binocular vision which gives us a wider field of view and allows us to more accurately judge distance and coordinate eye movement. With your head level, your cheek properly placed on the stock, and with both eyes open, you should be looking directly along the comb of the shotgun at the bead or sight at the end of the barrel. Keeping your head securely on the stock with both eyes open will allow you to see your target more quickly and takes us to the final tip in Shotgun Shooting 101.

When you shoot a shotgun, you don’t aim, you point. Keeping your fundamental position in place allows you to pick up the target with both eyes looking directly along the barrel with your cheek firmly on the stock. By pointing the end of the barrel in the direction of the target (anticipating where it will be moving and the speed at which its moving (learning this skill is part of Shotgun Shooting 201) you will propel a cloud of shot that will intercept the target downrange. Focusing too much on the target and aiming directly at it will stop the movement of your gun causing you to miss your shots.

The fundamentals of shotgun shooting are critical to becoming a good shot. If you can train your muscle memory to always stand in the same position, mount the gun in the same way, and keep both eyes open while pointing down range, you are on your way to becoming a more consistent shooter. 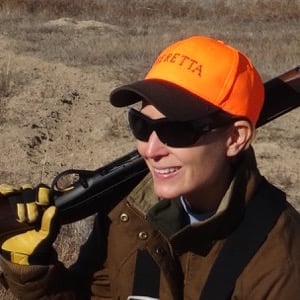