10 Tips For Taking Your Wife To The Range 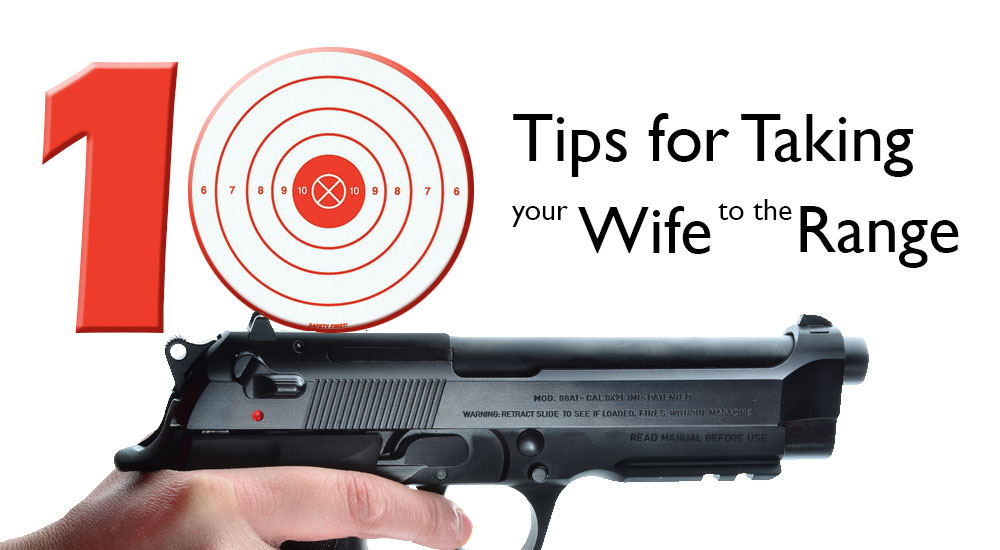 So you want to take your wife to the range. You love her and you love guns, and you want her to love guns so you can have your cake and eat it too. The problem is, you expected her to say no to the range outing, like she always does, but this time, she said yes. Now what?

The most important thing is to pick a range (if you have the option) that has a good "family" atmosphere. It's important to find a place that won't be full of a bunch of high-speed, low-drag gunners, or any other crowd that may make her feel embarrassed or uneasy. We have a variety of ranges nearby, and I always make it a point to take my all-women classes to the one outdoor range that has a long shooting line. This allows me to put a great number of lanes between the other shooters and my students. That way, they don't feel like everyone is watching them and they focus more on themselves and my instruction than what the shooters on the line are doing. You don't want to take her to a place where everyone there is going to be interfering by offering "tips" and "techniques" without you asking for their assistance. You definitely don't want to take her some place so tactical it scares the daylights out of her.

Let her pick her firearm.

It is counter productive to set her up with a firearm that is too big for her until she's ready. She may also be intimidated by your guns. Chances are, you're bigger than her. In her mind that means that the gun that you use is, by default, too big for her, even if it isn't. If she wants to use your gun, let her! If you know your gun has a heavy trigger, kicks like a mule, or is completely unacceptable for a first timer, don't make it seem like your firearm is "out of her league." Explain that maybe she should choose something she likes whether she likes - whatever the reason. Maybe it's pink, interesting or she saw it on her favorite movie. Most ranges allow you to rent a variety of firearms. Let her choose which one feels best to her, offering guidance that won't belittle her.

It's no surprise women love to complain when they are out of their comfort zone. Choose a day where she isn't already flustered about the kids or work. Make sure she is excited about going. Also, a big factor is the weather. If the weather isn't completely favorable (assuming you live in a place where there is such thing as favorable weather) you should consider rescheduling. Teaching her to shoot in winds strong enough to blow the target off the stand, in cold so bitter her fingers and nose are numb, or so hot she feels sticky and sweaty and can't focus because of the sweat in her eyes, isn't the best idea. If you are lucky enough to live near an indoor range, maybe start there.

Don't expect her to know anything if she has never shot a firearm before. Try not to talk to her like she is a complete moron either. Talk to her like you would any other day. Give her the basics: gun safety, good stance, sight picture, sight alignment, slow, steady trigger squeeze and breathing control. Don't overwhelm her. You aren't putting her through the NRA Basic Pistol Course, you are simply letting her enjoy shooting. Don't get flustered if she struggles or gets discouraged. Stay positive and calm and walk her through it. Don't talk down to her or expect her to be able to do what you do. Today isn't about you or your groups. Today is about HER.

Avoid sudden gasps,"nos!" and any other expression than can cause panic. Sounds funny, I know. I learned the hard way when teaching women to shoot that nothing causes them to panic, get instantly nervous or double think everything like gasping at whatever she is doing. This might even cause a safety violation because she panics and turns around or acts without thinking. If her stance is off, wait for her to finish shooting that round, than correct her. If she's about to do something that may harm her, touch her to get her attention while calmly saying her name, or "hold on," and make necessary corrections. The bigger deal you make, the bigger her emotions get.

Don't ever snatch the firearm out of her hands. Unless she is about to cause a safety violation or endanger lives, when she has the gun, she has the gun. When showing her something, get behind her, put your arms around her or hands on her hands, show her by letting her do. It will not only help her understand, it will boost her confidence in the firearm and her abilities. If you're in a huff because she has a double-feed, or because she's getting flustered because she's not hitting where she wants, do not take it from her. Allow her set the gun down so you can fix the issues, or tell her to unload show clear put it on safe. Then let her take a deep breath and regain her composure and move forward. When you take the firearm from her, it will leave her feeling defeated. You left her empty handed, and feeling like she can't do it herself.

Be excited for her shots. Be happy she is hitting anything at all...even if it is the target next to hers. Smile, tell her frequently how happy her being there makes you. Tell her how good she looks shooting. Don't overkill it, but make her feel good. That will also help bring her (possibly) elevated stress levels down, which will allow her to breathe deeper and focus better, which in turn really will improve her shooting.

We all know how (most) girls are about pictures. Anything they can post to get "likes", comments, and positive attention for doing is a surefire way to keep her beaming post-range. It may mean a lot to hear you saw how good she looks and how great she did, but it'll stick in her brain when all her friends gush over her too. She'll also want pictures to look back at and laugh at when she wants to post a "throwback Thursday" of her first time shooting. Pictures will let her see how she looks holding a firearm and shooting it all on her own. I don't know why, but even for experienced shooters it's an empowering and confidence boosting thing!

So you made it through the outing, you're still married, you are allowed to come back to the range, and you don't owe the range any money for not-so-targets turned bullseye... now what?

Tell your friends, tell her friends, tell your parents, your in-laws, the neighbors, the dog...anyone that will listen to your pure excitement that she went shooting and did well!

DONT RUSH IT. Don't. Just. Stop. Do not think that because she went shooting once, she's going to want three of her own guns and to go shooting every weekend. There are two types of women when it comes to first time shooting experience: women who are instantly addicted and love everything about it and women who are completely fine with never shooting again. Don't be disappointed if she is latter of the two. Be proud of her for going and trying. However, if she's the addicted kind...fuel the fire!

I hope this helps and brings some insight for all of you husbands out there. I know not all wives will fit this mold, and every wife will act and respond differently. The important thing here is that you are mentally and emotionally ready to take her shooting. I wish you the best of luck in your outing and hope that after she slow steady squeezes for the first time, convincing her to let you buy guns becomes a whole lot easier! 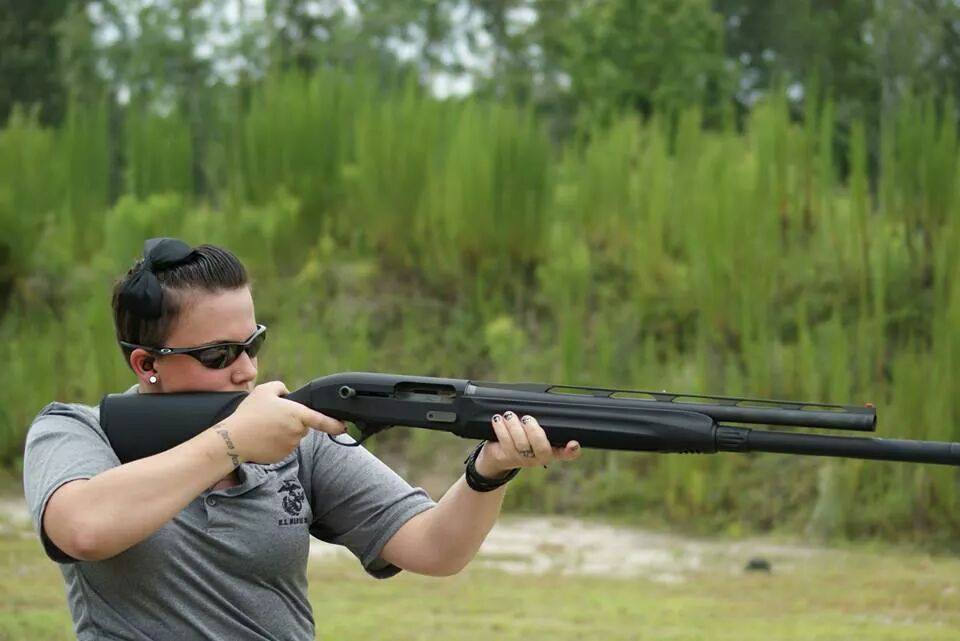