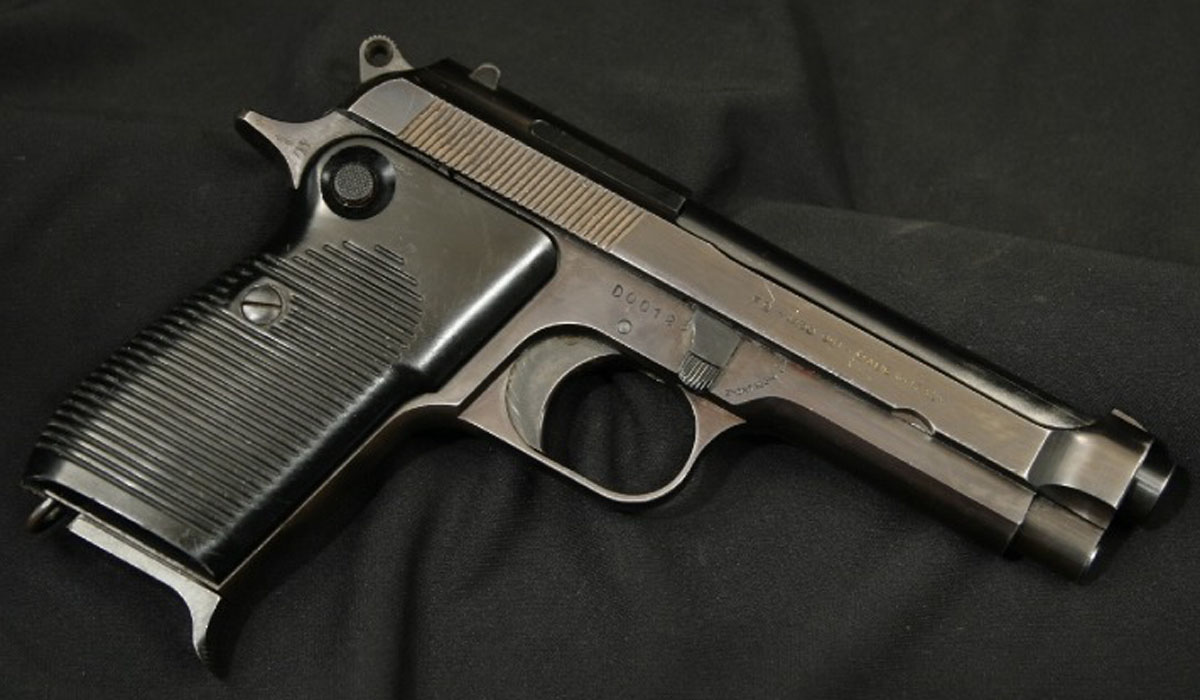 There are very few pistols that showcase more than a century of evolution. Beretta’s 92 series guns have only been in production for a few decades, but the clean lines that have come to define the 92 have deep roots in a symbolic artistic movement that swept Europe before World War I.

Going back…. The Beretta 1915 was born out of an artistic revolution that mirrored the explosive growth of the industrial revolution. 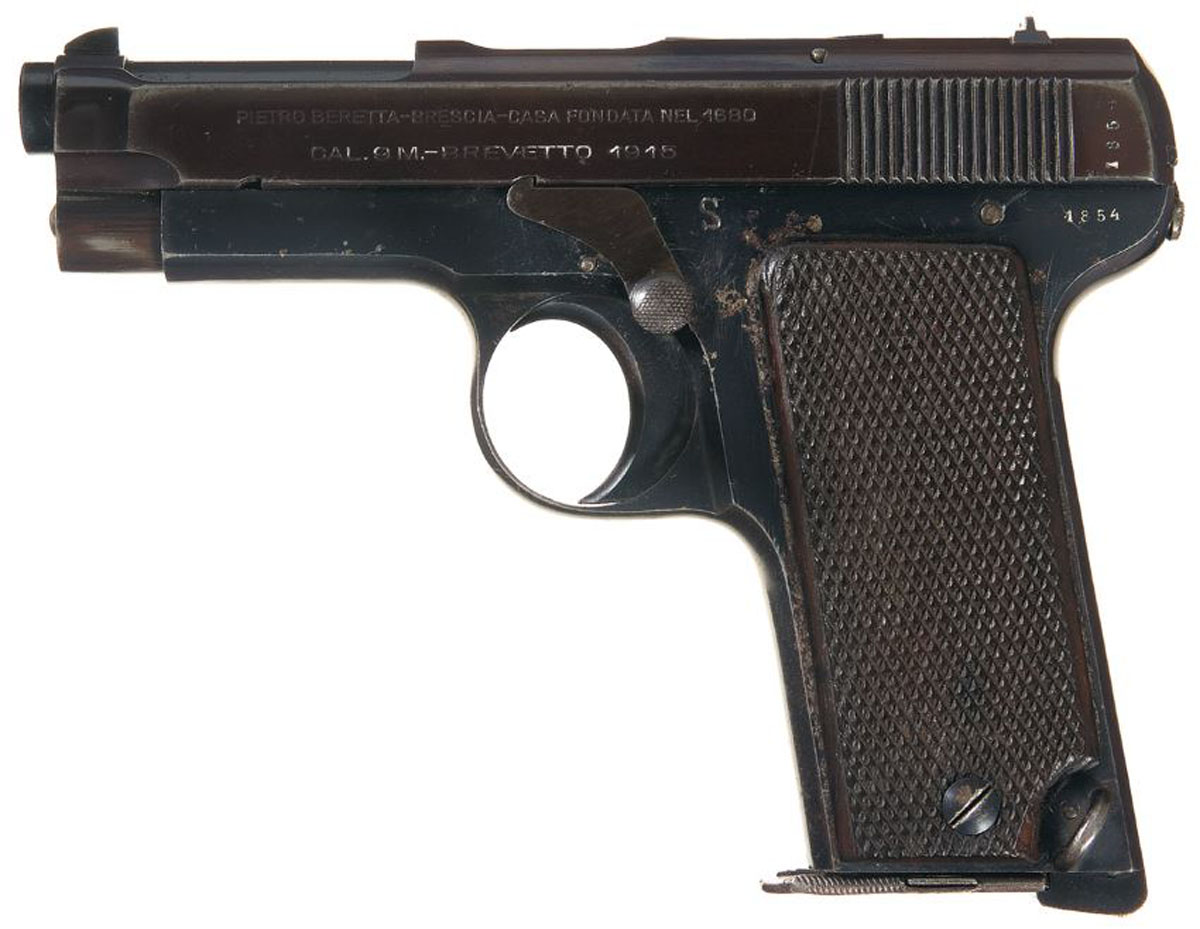 At the end of the 19th Century, Europe was awash in Art Nouveau’s odd swirls. While the paintings and prints, and even some of the sculptures of this movement were based on symmetry, most of the lines were curved. This mirrored the stems and leaves of plants in a highly stylized artistic perfection. Art Nouveau was an ordered metaphor for the chaos of nature. But guns are machines.

By 1900, nature was taking a backseat to the machines of the developed world. Cities in Europe were exploding. Factories were drawing an increasing number of workers in from the country. Though the scale of these factories might seem tiny by today’s standards, they made an impression on the artists and the thinkers of the period.

And Pietro Beretta was no stranger to these factories. He was a traveler, and a student of firearm design. Like many powerful Europeans—men with money—he would have seen the explosion of a new art form (or several, actually) that straightened the lines of Art Nouveau and embraced the raw power that was represented by machines.

Pietro took over the family company in 1903, he relied heavily on the designs of Tullio Marengoni. Together, they rewrote the lineage of Beretta. They did it with a bold move into pistols, and a commitment to beautiful and functional guns.

Back to Art Deco. The style uses lots of geometric shapes. Triangles and circles are used as adornment for bigger rectangles. Think about the pointed shape of early skyscrapers. Most of the images and sculptures are symmetrical, which is an ideal design element for guns.

Yet there is a beauty in the long lines of the form and how they marry subtle elements, like a half circle, that can clearly be seen in today’s 92 series, and it all started back with the development of the 1915.

The 1915 has a lot going on inside that set it apart from some of its peers. It is simple. The heel mounted magazine release is reliable. The blowback design is also a stalwart design. 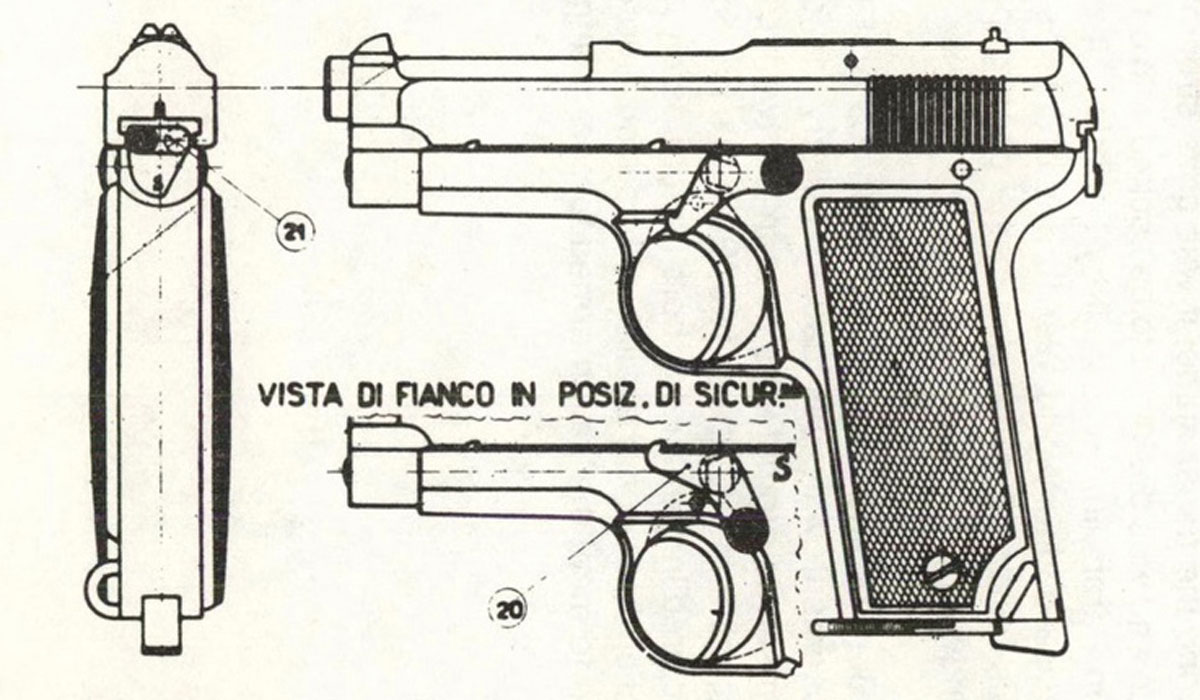 If you look at the left or right side of the slide, you’ll see the second design feature that still defines the 92. The slab-sided slide has two tight concave cuts right at the muzzle. This is another aesthetic distinction that makes the Beretta line easily recognizable.

These radius cuts are visibly distinctive, yes, but they also serve an important design function. The curve is less likely to crack than the corner. Even the oval shape of the M1915’s ejection port is designed to prevent catastrophic failure.

We all like curves, but Art Deco is defined by lines. The grips, some in wood and others in rubber, had fine lines that ran almost perpendicular to the bore. At the top of the grip, as was the fashion of the day, there was an oval with the maker’s initials: PB.

The 1915 was the first of many permutations of the Beretta pistol. There were numerous changes before 1951, including alterations to the open slide and caliber upgrades.

The M951 (which came out in 1951) was a 9mm that could easily be mistaken for the 92 series that came decades later. The launch of the 92 could easily be seen as the pinnacle of design philosophy that originated in the M1915. And the 92 is still evolving.