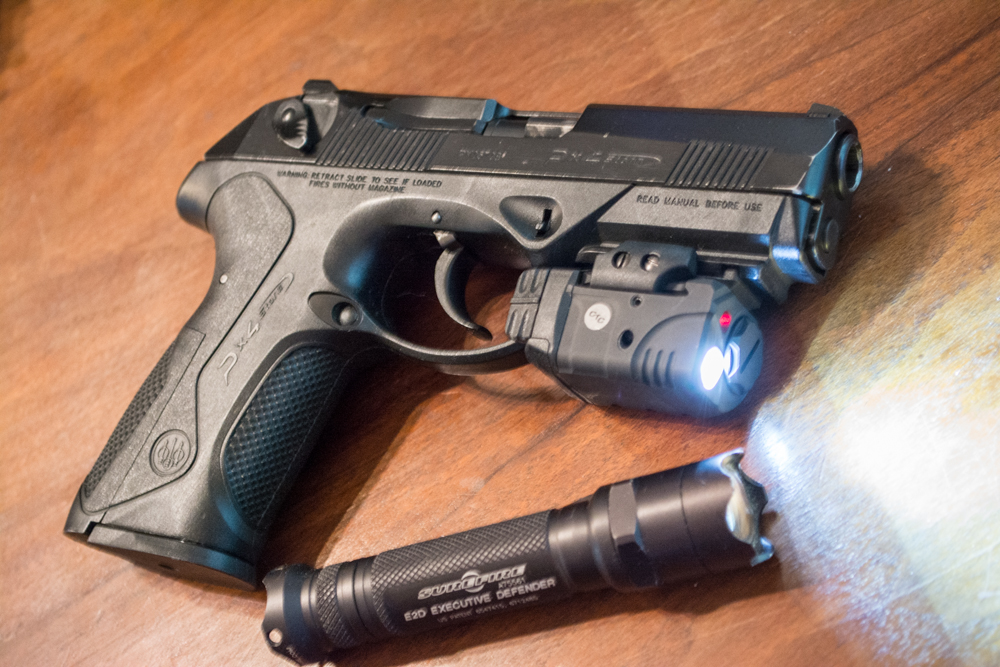 I recently purchased a Px4 Type “C.” For those not familiar with this variant, it is essentially a “slick slide” Px4 with a double action type trigger.

Also see: How to clean your Beretta Px4

The “C” stands for constant action trigger - a reference to the trigger operating the same way for every shot. There is no traditional double action pull for the first round followed by single action for the remainder of the shots. For all intents and purposes, you could call it a double action only trigger.

This requires a bit of an explanation in that Beretta also makes the Px4 in a Type “D” which is a true double action only handgun. So what’s the difference? The “C” pistol is not quite a double action only pistol. Instead, it fires from a half-cocked position. Once the magazine is loaded and the slide operated to chamber a round, the hammer doesn’t fall all the way back down as in a true double action only model. It stops in the half-cock position. When the double action trigger is pulled, its initial movement doesn’t fight the trigger spring. As a result, the "C" model has a lighter trigger pull. About half way back, it picks up the hammer, moves it to the rear, and releases it to fire.

The Type “D” operates similarly except that the hammer does not rest in the half-cock position but rather falls all the way back down after firing. All subsequent rounds have the exact same pull as the first round. The difference, then, is that the Type “C” has an effectively lighter trigger pull than the “D” because it only has half of the trigger spring to contend with. Otherwise, the two are essentially the same pistol.

Some might wonder why go with a double action only pistol to begin with. There are some situations where they are useful. Originally, they were used mainly by Police departments since the trigger pull on a double action only pistol is essentially the same as a revolver. This made the transition from revolver to pistol easier for officers who had never shot a semi-auto pistol. Many police departments also worried about the light trigger pull of a traditional DA/SA pistol. Officers that trained with revolvers might experience more accidental discharges with the light follow-up shots. The longer and heavier pull made sure that there was little chance of unintentional firing. 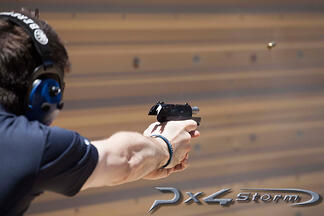 If you’ve never fired a double action only Beretta, then you’re missing out on one of the best double-action triggers from any manufacturer. This is especially true once they have been shot some and broken in. They really are sweet-shooting guns.

Most of the pistols Beretta sells to the civilian market are Type “F.” This is Beretta’s traditional double action/single action design with decocker/safety mounted on the slide. Both the “C” and “D” types are still made, but typically they are made for the police market only. Still, if you search some of the sites, you’ll find some of these less common models available. The one I picked up was listed on Gunbroker and was still new in the box.

But why did I buy the “C” model? My youngest daughter is a revolver shooter. She’s been shooting a six-shot K-frame revolver since she was about eight years old. It’s her favorite gun. She now wants to become an NRA instructor like her father, so I told her that she had to become familiar with more than just her revolver. The Type C was the logical choice for her. It works well for the same reasons cited above concerning police transitioning from revolver to semi-auto. It’s a trigger pull that she’s used to. While I wouldn’t necessarily recommend it for those used to shooting semi-autos, in this situation it works perfectly.

Another reason why this is a good choice is that my oldest daughter has been shooting the Px4 for years; it’s her favorite gun. Her’s is a Type F. My wife also shoots a Px4 and the three of them all share a Cx4 carbine. With all of them shooting the same type handgun, it makes it easy to interchange between them for home defense situations. There are always plenty of magazines available too.

The addition of the Cx4 to the mix means that any one of them (or all of them) can respond to a situation with confidence and enough firepower to handle whatever comes up - burglar, home invader,…Zombie apocalypse.

I’ve stated before that I thought the Px4 and Cx4 combo was an ideal one for home defense. Well, I put my money where my mouth is. That’s exactly what you’ll find in my home, and everyone is trained with them. I hope that they never have to use them in self-defense, but I’ll tell you the same thing I tell them: Practice, Practice, Practice!