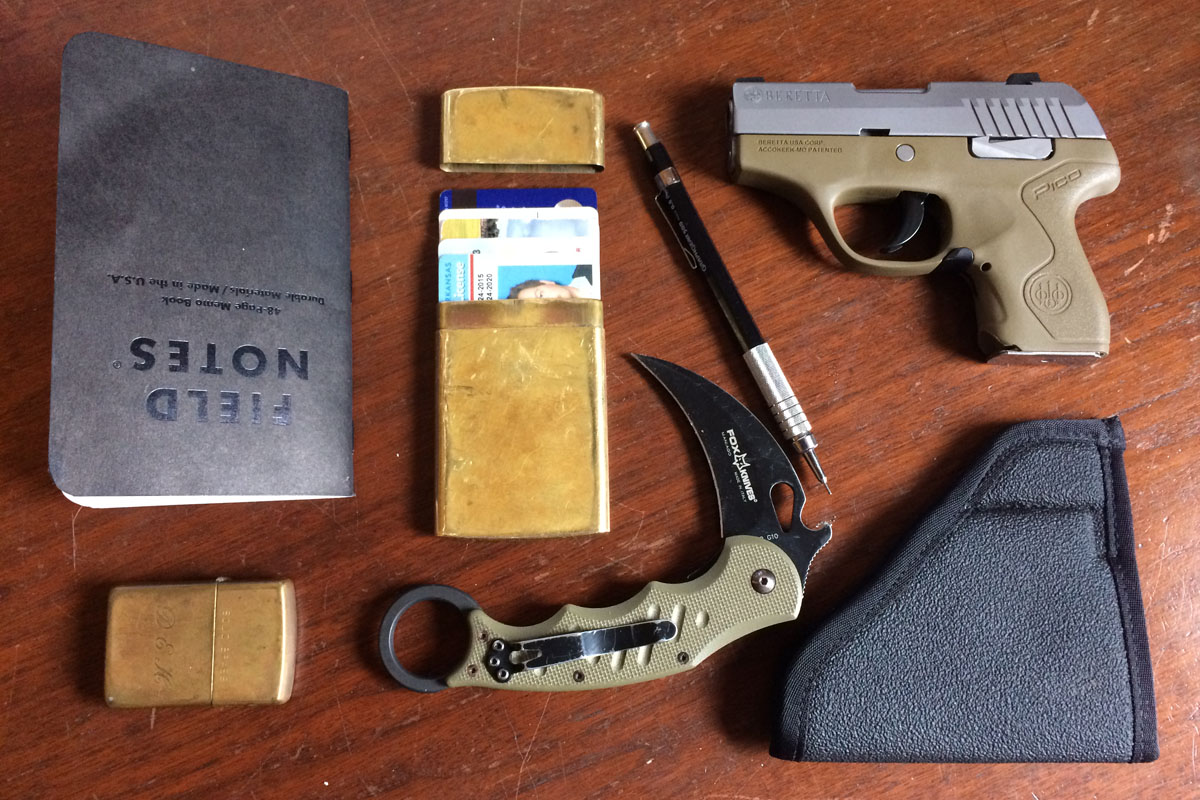 The firearms industry is susceptible to fashion trends, just like everything else. Over the last decade, as Instagram seized control of image-driven social media, "Everyday Carry" has become a thing. The high-fashion side of EDC has become cultish, but there’s something elemental to the viral fad.Also See: 10 Ways to Carry Your Concealed Gun


If you haven’t been inundated by the images yet, check out #everydaycarry, or #edc, and you’ll see what I mean. The pictures-of-pocket-dumps trend (if my research is correct) that began with concealed carry has now outgrown the firearms industry. Images are filled with fancy flashlights, pocket knives, pens, sunglasses… all with some kind of artistic filter applied in the post.

The EDC concept is hardly new. As an anthropologist, I’d argue that the trend is as old as humanity itself. We, as humans, have only recently begun to ignore our dependence on tools. And if I were to add a dangerously gendered component to the argument, I’d suggest that many women in this country have always practiced EDC, just without so many knives and guns.

Here’s an example. Back in the late 60s, my father worked in downtown Atlanta. He worked nights, as a computer programmer, back when concealed carry guns (and the laws, if were being truthful) left a bit to be desired.

He carried a revolver chambered in .38 S&W, not .38 Special, so it was even more anemic than most of the 5-shot wheel guns we all know today. He carried the old revolver. He always had a knife on him like an Ulster Boy Scout knife from the 1950s. His watch was a bit more modern, but showed the scars of hard use. When he wasn’t programming, he was tearing down old cars. A Cross pen/pencil set was always with him, too.

As a kid, I admired how prepared he was. There was always a Band-Aid in his wallet, and a ChapStick in his pocket. He always had a knife. Always. I started carrying a knife when I was 10. It was a different time. I began carrying a gun after I got mugged my first year after college.

And I’m a bit of a sucker for the fashion, too. Getting old sucks, and my fat wallet contributed to a raging case of sciatica. Now I carry an old brass business card holder as my wallet. It was made in postwar Japan and looks a lot like a Zippo lighter I was given by a girlfriend in high school.

The utilitarian knife I carried as a kid is now in a drawer. My new EDC knife is a Fox Karambit, one that I take with me, even when I can’t take my gun. It is a fighting knife, and less than subtle.

Not pictured here is my flashlight. My own 11-year-old is now practicing EDC himself and is prone to walking off with my gear. My light, as I work on this, is AWOL.

And that’s where the philosophy inevitably leads. Be prepared, as the organization formerly known as The Boy Scouts say. If you don’t have it, you aren’t prepared.

This is a common idea for those of us who carry concealed. I’ve recently switched my summer gun to a Beretta Pico. As such, I’m carrying it pocket style now, breaking in the system. I’m not a fan of this holster, as such, but it holds the gun. I'll move to a pocket holster that's sturdier, like this one.

The Pico is tiny. It is smaller than many of the other mouse guns on the market. I can get a finger inside the trigger guard, and one on the grip. While it's not a gun I'd want to use in an USPSA competition, it is exceptionally comfortable to carry and easy to conceal. That makes it effective for EDC.

And that’s what this is about. If you have what you need at hand, you may be able to use it. Knife, light, gun.... But you actually have to use them. If you look closely at some of these EDC pocket dumps, they don’t seem to have spent much time in any pockets. They certainly don’t show signs of use.

Find a method of concealed carry that works. Carry every day.