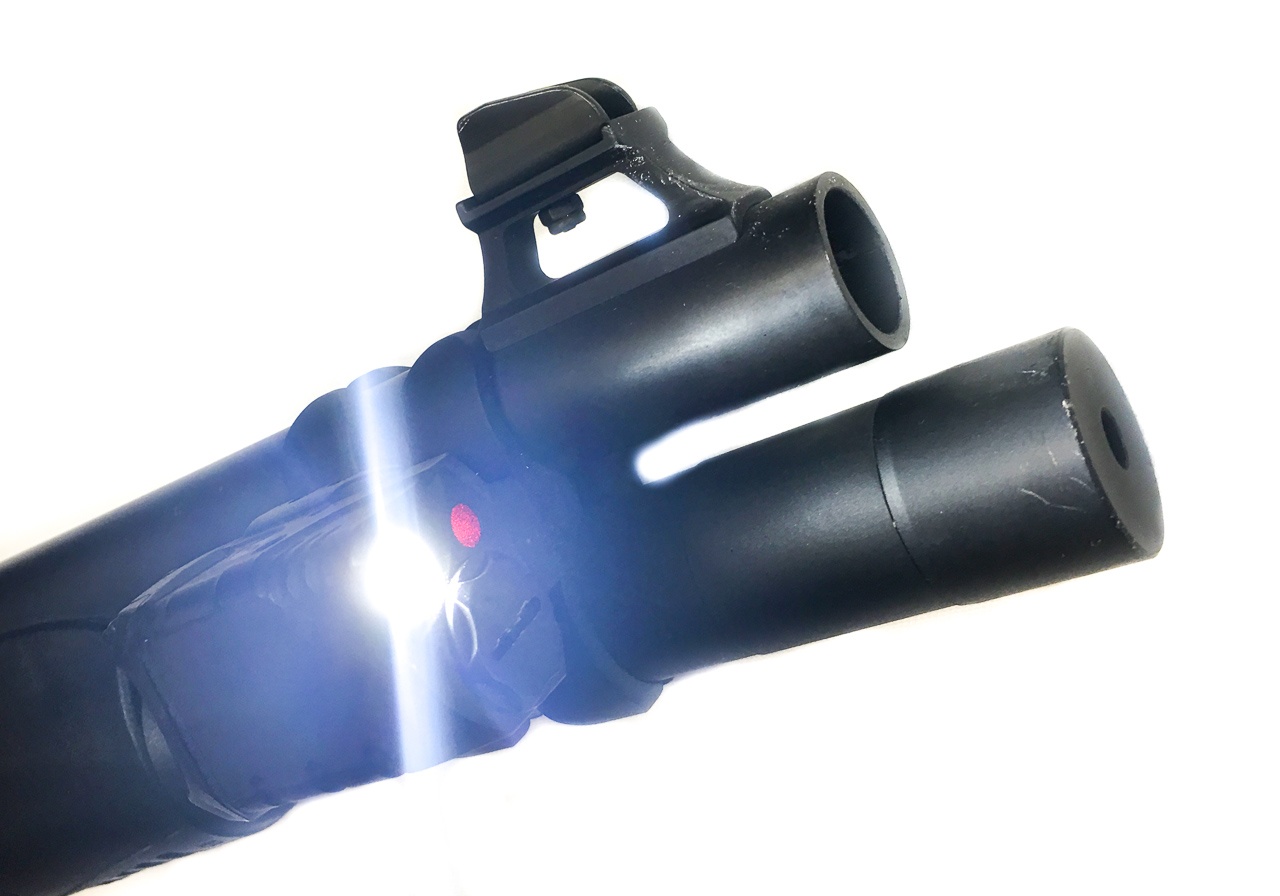 There’s a great deal of debate when it comes to creating and training for a home defense plan. The decisions you make and the tools you select will come down to what you personally believe you’re trying to accomplish.

Do you believe the best plan is to silently “retreat, retreat, retreat” and hide in hopes either the authorities will arrive or the bad guys will leave on their own before they find your hiding spot? Or are you of the mind to aggressively confront and repel the intruders … shooting if necessary in the process? Or is it your goal to more passively repel them – scare them off – hopefully, without a shot being fired?

Also See: Deadly Force in Self Defense During a Home Invasion

All of these are legitimate options if you train for them.

Depending on the layout of your home, and what limitations you face as far as space, secure storage, and accessibility, a shotgun may be the best choice for any type of home defense plan. It comes down to what you’re most comfortable with and most confident in given your situation.

If you plan to be aggressive, then you need professional training with someone like John Chapman who is the featured instructor on the “World of Beretta.” They regularly post videos on using long guns, particularly shotguns, in defense situations. Recent videos include Taking a Corner With a Long Gun and Negotiating a Doorway With a Long Gun.

If you plan a retreat and hide strategy, then you need to work on it in your home with your family until everyone is completely comfortable with it. Each person has a role, even if it’s as simple as remembering the plan and making it to the safe room. If the worst happens, remembering the plan and reacting as you trained needs to be second nature, for everyone.

While a shotgun may be your tool of choice for either of these strategies, a scattergun is especially adept in inducing fear if your plan is to scare off your attackers. There are several reasons a shotgun can be “scarier” than a handgun or even an AR-style gun.

Let’s look at a typical home intrusion. First, it’s dark – especially for the intruder scuffling around the house. On top of that, he (or in the rare instance she) is in unfamiliar terrain. Most home invasions are more impulse and less plan. Many intruders are after cash, prescription drugs, or anything easy to carry and sell. (This is an important reason why it’s critical to have your non-defense firearms secured in a locked safe!)

Chances are he doesn’t know how many people are in the house or where they are or if they already know he’s there. If the intruder has his wits about him at all, he’s on edge if not already outright scared. That’s good, because you can use it against him.

Now, if there’s any situation that would be terrifying enough to make me involuntarily evacuate my bladder, I am thinking it would be being in a strange place in total darkness and hearing a shotgun action rack. Hollywood has done the firearms world tons of disservice, but they’ve made the sound of a cycling shotgun so ubiquitous – to the point of being inane – it is universally thought to precede gunfire.

If the rack of the action is followed by a crazy man in the darkness screaming, “Get out of my house you &)%#@$ %(+^er NOW, or I will shoot you dead!” it should give him ample cause to turn and run.

However, since most of these encounters occur in the dark, visual fright can be boosted by the addition of a laser sight to your shotgun. Again, because of the movies, it’s pretty universally understood when a laser pops on, there’s a bullet directly behind it. If the sound of a shotgun in the dark would make me wet myself, chances are a laser dot on the center of my chest would give me a heart attack.

I know the knock many defense experts put on lasers. That is they give the bad guy a definitive aiming point in the darkness. This is undeniable, but if you’ve chosen the “scare them away” strategy, you’ve already provided big clues to your location by racking the action and screaming at the bad guy. You also need to weigh the disadvantage against having a sure, precise aim point on the bad guy even if, in the stress of the moment, you didn’t get your cheek down on the stock or you forgot to shoulder the gun at all.

Bottom line – if any gun is going to make a bad guy turn and run – it’s a laser-equipped 12-gauge shotgun. If it doesn’t and bad things happen – it’s a tool that will quickly and definitively stop the situation in its tracks.