Clay Shooting Tips: The Straight Away Target - Easy to Hit and Easy to Miss 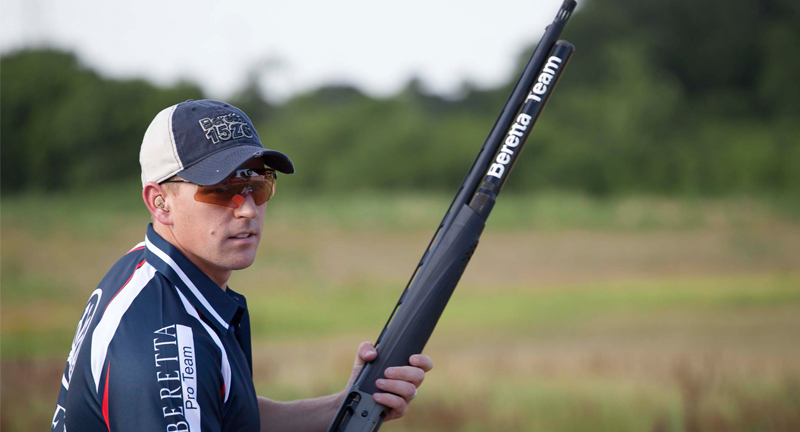 We were at the old Tarheel Gun Club, and I was sitting on the porch with Jason, a unique individual and the clay shooting club keeper, who always wore blue denim bib overalls. I was talking about the relative difficulty of the different targets in skeet shooting. The toughest targets for me were stations three, four, and five. All these are crossing targets, one each from the right and left. At that time, I didn’t really have a good handle on shooting crossers and it seemed these targets always kept me from shooting 25 out of 25. “Well,” I bragged, “at least I don’t have trouble with low house, station seven.”

The low house target at station seven comes out just to the right of the shooter’s elbow and seems to hang in the air like a bean can on a fence post. In relation to the shooter, there’s little discernible movement, so lead isn’t part of the equation. You just point the gun at it and shoot. Jason snorted. “If you take it for granted, you’ll probably miss it on the next round.” I did just that.

There’s no target on a clays field, whether it’s trap, skeet, five stand, or sporting clays that’s a certainty. You have the opportunity to miss every target that’s thrown. As Jason liked to say, “It’s not that the target is so small, it’s that there’s so much air around it.” When you take a shot for granted, you lose your focus and your odds for a miss increase drastically.

It’s true that there’s little gun movement required to hit that straight away target, but you still have to point the gun at it. Gun mount is just as important on an easy target as a tough one. It’s tempting on an easy target to anticipate seeing the target break and lift your head. On a shotgun, there’s no rear sight. There’s generally a rib and at least one bead and that’s all the sighting apparatus you need, provided you put your head in the right spot. On a shotgun, the location of your head on the stock replaces the rear sight. Lift your head, and you’ll shoot over the target. Have it improperly aligned to left or right and you’ll miss to right or left. Just because there’s little gun movement required, doesn’t mean you don’t have to mount the gun properly.

Shotgunners who practice shooting with the gun out of their shoulder will eventually surpass the shooting skills of those who shoot with the gun pre-mounted on their shoulder. The reason is that having the gun already locked in your shoulder impedes movement on crossing targets. Instead of mounting the gun in your shoulder, put the butt of the shotgun near your shirt pocket with the gun out in front of you. Raise the barrel and put the bead on a point that will intersect with the target’s path. When you pick up the target, begin to mount the gun while keeping the front bead on the path of the target, whether it’s a crosser or a straightaway shot. When the gun mount is complete, the gun should be pointed at the target and the trigger is pulled. If you practice your gun mount and teach your body muscle memory at mounting the gun, you won’t have any problem getting the shot off with time to spare.

This brings us to another main reason for missing a straight away target, trying to aim at the target and taking too long before you shoot. Shotguns are pointed, not aimed. On a straight away target, there’s a temptation to aim the gun at the seemingly stationary target. Aiming takes time and if you spend too much time, the target will begin to fall out from under you and you’ll shoot over it. 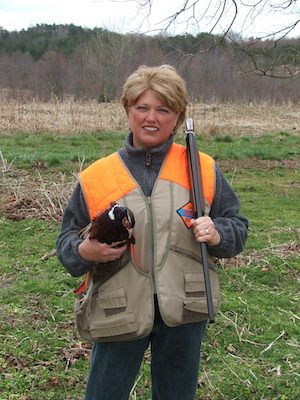 Of course, the final reason people miss straight away targets is moving the gun at the time of firing the shot. Trap shooters only shoot going away targets and probably ten of the targets in an average round are almost straight way. Trap shooters are more aware of flinch than any other discipline in shotgunning, and it’s probably because they have a minimum of gun movement.

Flinch is a natural tendency to react to loud noise or abrupt movement. It’s the biggest enemy of shooters because whether you’re shooting a shotgun, a rifle, or a pistol, flinch will play havoc with your ability to hit what you’re shooting at. Good shotgunners manage the trigger as well as good rifle shooters. They pull the trigger without moving the gun. How many times have you seen the muzzle dip when a round doesn’t go off? Many times, that dip happens before the gun goes off, disturbing the shot enough to completely miss an easy target.

Wingshooting is a great sport. There’s gratification in seeing a clay target scatter in all directions, even better when it seems to turn into smoke, as the result of a perfect hit. Any sport is more fun when you do well at it, and learning to shoot straight away targets without taking them for granted will make you a better wingshooter.

While the straight away target is normally easy to hit. It's as important as any target on a sporting clays course.

On flushing game birds, the straight away is the most common shot. My wife, Cherie, and her very first pheasant.