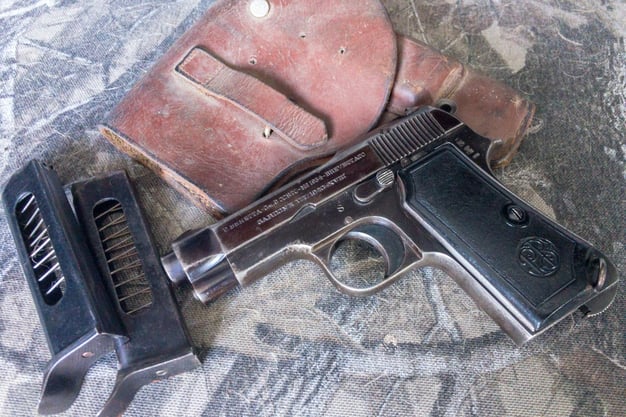 The thing about historical guns is that they tend to be present during history’s most significant events. As a result, they often come attached to stories, sometimes fantastic ones. As the world’s oldest firearms company (and the world’s oldest ongoing corporate concern of any kind), our products have many stories to tell about events that shaped the world as we know it.

Today we’re going to take a look at the Beretta Model 1934. While the one shown here is not too far from the century mark in age, you’ll note that it shares some of the same features in the Beretta 92-series, like the 92FS and M9 pistols. For example, the M1934 features an open top slide. That generous cutout not only reduces mass to reduce weight movement during recoil of this blowback-action pistol, but it also creates a huge ejection port to help with reliable feeding and ejection even in battlefield conditions. 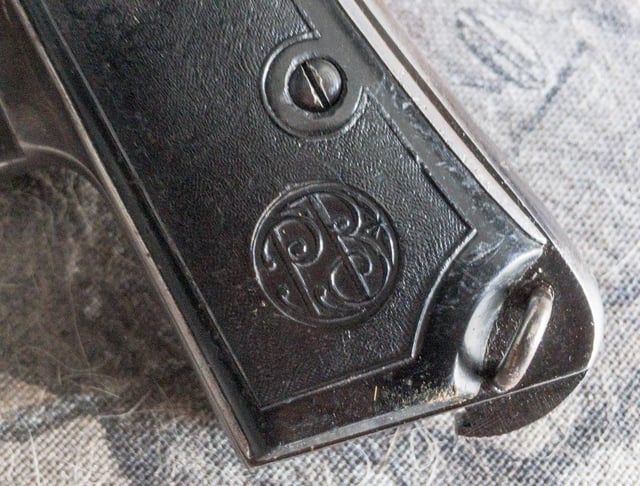 In fact, the M1934 was created to serve the needs of the Italian armed forces. Released in, you guessed it, 1934, this model was adopted by the army in 1937. The M1934 was also adopted by the Navy and Air Force so you might see any of these acceptance stamps: “RE” (Regio Esercito, Royal Army), "RM" (Regia Marina, Navy), or "RA" (Regia Aeronautica, Air Force). This particular 1934 was made as a commercial model, identifiable by the “PSF” mark on the left side of the frame.

The M1934 is chambered in 9mm Corto, otherwise known as .380 ACP. While there are a few other differences, the similar M1935 model is chambered in .32 ACP. The M1934 features 7+1 capacity with box magazines. For improved grip, there’s a generous finger extension as the base of the magazine.

The M1934 is a blowback design, so the barrel is fixed in place. Unlike most other blowback pistols, the recoil spring is below the barrel and guided by a separate rod. Since the spring doesn’t have to circle the barrel, tighter tolerances were obtained with slide to barrel fit. It’s a hammer-fired, single-action pistol with an unusual safety mechanism. 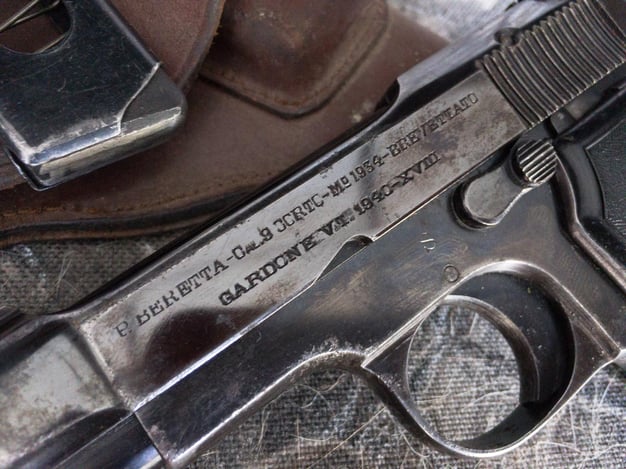 The safety on the M1934 is frame mounted, on the left-hand side. What’s unique is its mode of operation. The lever travels a full 180 degrees to go from safe to fire modes. Intuitively, pulling the lever back engages the safety, while rotating it forward towards the target disengages it.

This particular pistol was manufactured in 1940. That date is stamped on the left side of the frame just above the trigger guard. You’ll also notice the Roman numerals XVIII in the same area. That also indicates the year 1940 - but in terms of the Fascist Era calendar, which started in October 1922. Add 18 (XVIII) to 1922, and you get… 1940. 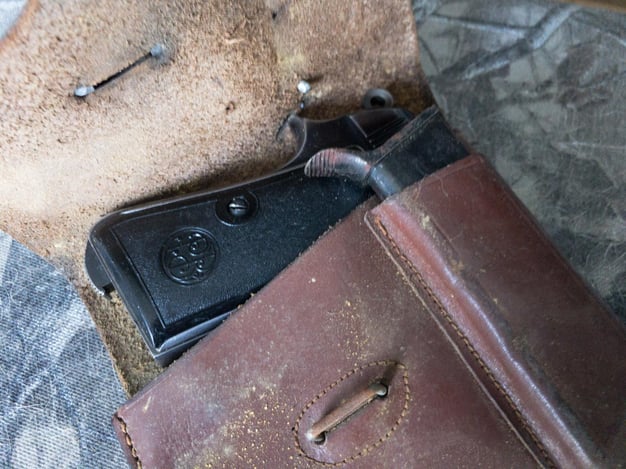 The Beretta M1934 pictured here has a fascinating story. I ran across it, somewhat by chance, at a family friend’s home. It turns out that the owner’s father served with the U.S. Army in WWII and was part of the Italian campaign. As the story goes, this gun was "liberated" from Mussolini’s office facility as the Allies advanced north. While this is conjecture on my part, I’m guessing that may have occurred in or around Gargnano in the north-central area of Italy where Mussolini led the Italian Social Republic for the last year and a half of the war. During April of 1945, both the U.S. Fifth Army and Mussolini were in the same neighborhood at the same time, so to speak, so the logistics are certainly feasible. We’ll keep digging to see what we can find about the travels of this gun and report back in a future article. For now, just appreciate its brush with world history. Being a commercial product, was it purchased privately by “Il Duce” himself, or perhaps a staff member or bodyguard? 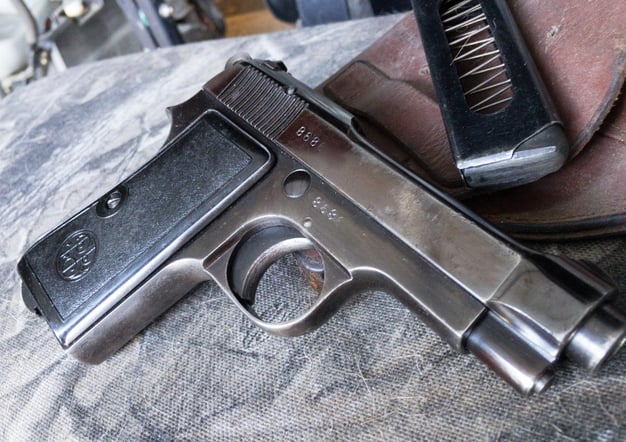 To close with just a bit of trivia fun, you’ll also spot the Beretta 1934 at the movies and on television. The M1934 makes an appearance in the 1962 Classic Dr. No. Even though James Bond is portrayed as toting a Beretta 418 at the beginning of that flick, the M1934 is actually used as a stand in. You’ll also spot it in Von Ryan’s Express, Thunderbolt (a suppressed model!), the original Casino Royale, and even The Godfather. On the small screen, it’s in a dozen or so episodes of the original Mission Impossible series, Hawaii Five-O (again suppressed), and even makes an appearance in Hogan’s Heroes. How’s that for versatility? 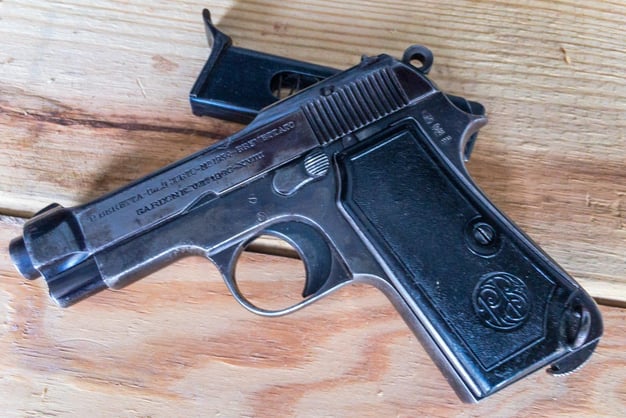 If you want one of your own, scour the local shows and online auction sites. During its 57-year production run, just about 1,080,000 pistols were manufactured, so there are plenty on the used market.