Testimony of Beretta to the State of Maryland

Recently, Maryland Governor Maryin O'Malley presented Senate Bill 281 to the Senate Judicial Proceedings Committee. This Bill, which you can read here in its entirety, includes, among other things, a ban on the transport, sale, purchase, transfer or possession of certain commonly owned semi-automatic centerfire rifles, a ban on any magazine containing more than 10 rounds, and a required state permit for the purchase, rental or possession of a handgun.

How far from reality is the characterization that all large companies are only about the money and  that somehow, people of influence have only attained that position at the expense of others.

I believe that, for many, it is the other way around. That a company’s commitment to “do good works” and labor to help those less fortunate, results in a blessed company.  Beretta is such a company.   Beretta and what we see as the “company”  is merely the complete reflection of the Beretta family members, both past and present, their values, guiding principles, and the direction they give to everything they do.

Umberta Beretta, with grace and elegance, continues this deep history of giving. Umberta says that  since she was a child, she has had the instinct to protect the weak. She shared: “It is silly to concentrate on your own life. Life is too short. The least one can do is try to think ahead and try and create a better world for those who are coming next”.

She is passionate about protecting children from the ravages of AIDS and believes with education it can be stopped. Her commitment to the health of mothers and children around the world has her involved with multiple organizations driven to protecting those most vulnerable. Umberta continues this committed work with her participation in the upcoming “women only” car race,  The Cash & Rocket (RED) Tour.

Thirty five red cars and seventy of the most successful women from the worlds of fashion, film, music, art and business will travel to the fashion cities around the world and unite in their efforts to raise global awareness and funds for charity.

These seventy inspirational women will hit the road June 7th for a 3 day road trip like no other. They will travel from central London, to the elegance of Place Cendome in Paris, through the cobbled piazzas of Milan ending in the glamour of Monte Carlo's casino, raising funds along the way.  Umberta is actively giving her time and resources in a very personal way to make sure the event raises cash. Individuals from around the world can donate to the "car" or "team" they like.

How about us all “joining” Umberta on this journey to help others and make our world a better place for the suffering.  Every donation, even the smallest, can make a big difference.  Donate here: www.crowdrise.com/umbertaandgabriella.

“Many small people, in many small places, do many small things, that can alter the face of the world.” Anonymous

With all of the misrepresentations and mischaracterizations of big companies today, it is so important to acknowledge and recognize those that are founded and rooted in compassion and heart, and continue to live it and walk their talk, like Beretta. Hats off to Umberta: she is an inspiration to us all.

"How wonderful it is that nobody need wait a single moment before starting to improve the world."  Anne Frank (1929-1945)

If you would like to be part of this cause by sponsoring Umberta, donate to team RED.

A hunter, a race-car driver, and a sailor walk into a bar...

How do you sell a $100,000 gun to someone who already has everything?
For the first time ever, Beretta sponsored this year the "Cavallino Classic" event, in collaboration with racecar maker Ferrari and super yacht brand Ferretti, in an affair designed to entertain and market to millionaires from all over the United States.


The event, which took place in West Palm Beach, Florida, was part of a three-day extravaganza that even included a race among Ferrari owners.
Beretta participated in one of the Cavallino Classic events called the "Yacht Hop" at Rybovich Marina. This particular event allowed Ferrari owners from all over the country to meet in the stunning setting of the top-class marina to display almost 100 of their prized vehicle, enjoy hors d’oeuvres, visit super yachts and luxury vessels by Ferretti and Riva (each worth millions of dollars!) and fondle $100,000 Beretta premium guns.


On January 20, the Beretta mobile showroom parked at the Marina, waiting for the event staff to display over $1 million in premium shotguns, including the famed SO10, SO6 and Jubilee. The

arrival immediately drew the interest of the Marina staff: many of the employees stopped polishing the chromed rails of the yachts to take a pause and enjoy the engineering marvel and artistry that is our line of premium guns. By 7pm, the Marina was hopping, music was playing, and the Beretta staff, which included Dallas Gallery manager Ian Anderson, New York Gallery gunsmith Ed Anderson and pro shooter Will Fennell, were entertaining the rich and famous of the Cavallino club.


The event was a thorough success, and Ferretti Yachting and Ferrari are already looking forward to inviting us to next year’s event.


As a note of trivia, the link between Beretta and Ferretti yachts does not end at the fact that both are iconic Italian brands, but runs much deeper: Ferretti yachts exists today thanks to seeding money from the Beretta family (who has been a nautical family for many years.) Additionally, when Ferretti set up shop, the owner spent quite a bit of time at the Beretta factory, understanding the secrets of industrializing a process that had historically been artisanal.


So: some of you are probably reading this and wondering what makes a gun worth $100,000, when it really shoots the same ammo in the same way as your $1,500 686 Onyx. Here's a video that explains the mechanics behind a premium shotgun. Think of it as a 12 ga. Cartier watch.
If you'd like to see more pictures from this awesome event, make sure you visit our Facebook page!
END_OF_DOCUMENT_TOKEN_TO_BE_REPLACED
0 Comments Click here to read/write comments

Beretta and the Boy Scouts of America 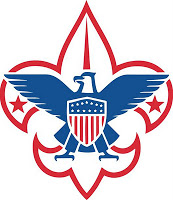 This weekend, we traveled across the country, to San Jose, California, to participate in the 2nd Annual Silicon Valley Sporting Clays for Scouting event, where Beretta was the title sponsor.

The proceeds of the event will help over 16,000 Boy Scouts in the local area.

The following day we had the main event, with teams squaring off to bring home a piece of the over $20,000 in prizes and giveaways. Over 140 shooters were in attendance.
Many teams showed up with their own guns and I am proud to say most of them were Berettas!
10 stations--6 shots per station for 60 targets total. 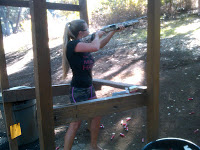 the entire line of shotgun offerings from Beretta, including our A400Xtreme, Xplor and Xcel.

Some of the most sought-after guns, however, were our Silver Pigeon over and unders.

Many positive comments were made about the multitude of offerings, the natural swing and balance of the guns, and the legendary Beretta performance.

The course was challenging, with a multitude of target presentations--singles, following pairs, and true pairs at each station.

Everyone had a wonderful time. Many personal best scores were

shot (with Beretta shotguns, no doubt) and everyone was a winner, at the end of the day (some were just more winners than others!)

We are excited to think about the fact that, thanks to the success of this event, which had a record turnout, and the generous donation from Beretta, the Boy Scouts will certainly have another successful year in their mission to introduce the youth of the area to the wonderful character-building programs offered by the Boy Scouts of America.
END_OF_DOCUMENT_TOKEN_TO_BE_REPLACED
0 Comments Click here to read/write comments