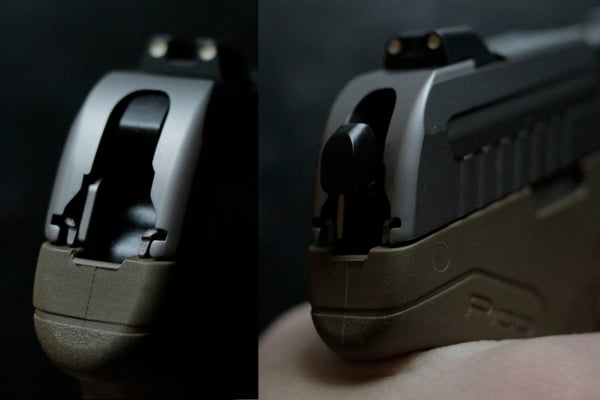 There are two types of gun owners—those that are deeply in tune with how their guns work and those that simply like some old-fashioned trigger time. Those who like a deep-dive have a lot to study in the tiny Beretta Pico.

Unlike many polymer pistols, the Pico is hammer-fired. Even in this second generation, the Pico’s trigger pull is robust: 8 pounds. The trigger will feel heavy if you compare it to a single-action pull on a much larger gun, but there’s a good reason for both the weight and the hammer-fired action.

The simple structure of the Pico isn’t visible from the outside, but a quick disassembly allows for a closer look at the action. The guts of the Pico are the serialized part and are easy to remove from the polymer grip. 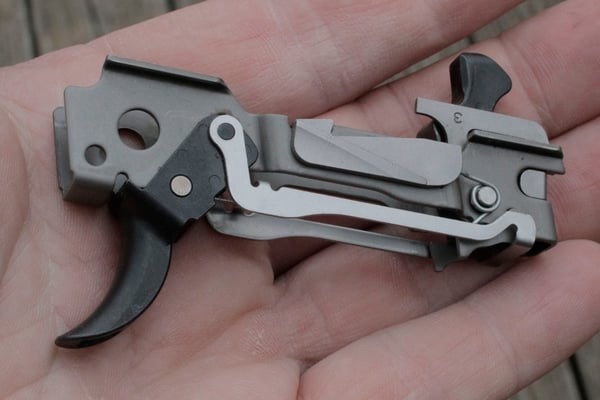 The trigger bar runs down both sides of the frame and is driven by the wide aluminum trigger shoe. The trigger’s rotation transfers to the hammer in a smooth pull. The whole motion is accomplished in a half-inch of travel. When the hammer falls, the trigger’s motion stops. There’s no over-travel. And each pull actuates the hammer.

This is one of the Pico’s distinguishing features. Most of the .380s on the market, even those with double-action pulls, won’t reset unless the slide cycles. The Pico does, and that allows for a second pull if you happen on a dud. While it is uncommon with center-fire ammunition, a primer may take two hits to ignite.

Is the second generation of the Pico an improvement? Most definitely so. I have a history with this gun. I shot a prototype at the Beretta factory, well before news of the Pico had been made public. While the gun impressed me, I didn’t care for its long trigger pull. I don’t recall being bothered by the weight of the pull itself.

When the original production models were released, I received one to review. The production Pico’s pull was shorter, but the gun required more force to pull than my trigger scale (which tops out at 10 pounds) could measure.

This new version lightens the weight and shortened the pull, but it is still on the purposefully heavy end of the .380s on the market. There’s a solid reason for that.

The Pico is meant to be a pocket pistol. Those of us who are compulsive about concealed carry will carry it in a dedicated pocket and in a holster that protects the trigger. Even so, you may find yourself sticking a hand in that pocket to keep warm. The 8-pound trigger pull ensures that you aren’t going to accidentally engage that trigger.

The same can be said for the Pico’s long pull. If the 8-pound pull isn’t enough to guarantee safety, the half-inch of travel ensures against accidents. To fire the Pico, you really need your whole hand squeezing the grip, and that doesn’t happen accidentally—at least not in a pocket.

This is where our standard metric of firearm performance requires some modification. In reading comments on gun reviews, I’m often surprised that people will talk about “group size” for mouse guns. Your Pico will not perform as well as your M9A3 at 25 yards. Or at 7 yards. The Pico, though, is much easier to conceal. When you are judging its potential, remember its purpose.

How to practice with the Pico

If you want to work with the Pico at home, start with a focus on the trigger pull. This was one of the first drills I was taught, way back, and I still find it a useful teaching tool.

Triple check that the mag is out and that the gun is unloaded. Balance a dime on the front sight. That alone requires a steady hand (but is easy on the Pico because of its honest sights). Then pull the trigger without dropping the dime.

It isn’t easy. In fact, I can’t do it one handed. My dime falls to the left side of the gun every single time. I can keep it up with two hands, but barely.

But try it on the slide, instead of the front sight. Can you keep the dime there through a half-inch, 8-pound pull? That’s a good place to start.

On the range, I prefer contact drills from concealment. I stand face-to-face with a cardboard silhouette. When the timer beeps, I draw, fire two rounds from low-ready, and back away from the target as pull up the gun and fire two more rounds.

This is an advanced drill, and one I don’t recommend for beginners. If you are new to the idea, run it with an unloaded gun (even at the range) until the motion becomes routine.

While the balanced penny is a bit absurd, the contact drill is easy with the Pico. As many times as I’ve run it, I’ve never once thought about the trigger pull. I run it confidently, though, knowing I’m not going to accidentally fire the gun in my pocket on the draw.